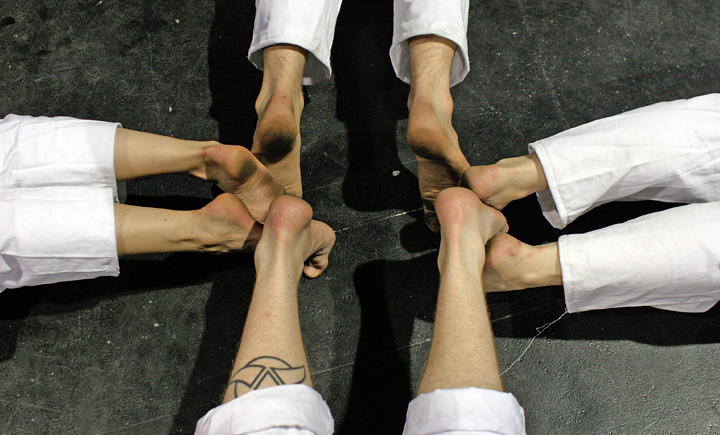 ”Space Oddity” is inspired by the song by David Bowie with the same name. Bowie wrote the lyrics upon seeing Stanley Kubrick’s ”2001 – a Space Odyssey ”.

The performance is placed in Ground Control from the lyrics, or another place where the daily life revolves around control, routines and rules.

Some of the ingredients in the Space Oddity performance are thoughts and observations of public rules and behavior, scenic references to the aesthetics of the 70’s sci-fi movies, strange choreographies and a playful soundscape.

In this performance NONcompany continued to work with a theatrical language, which has caught a young and curious audience. A “live” expression based on texts, design, video, visualizations and music.

The performance is supported by Arts Council Norway.
If your shoes are too tight
Fill a plastic bag with water
Seal the bag
Put the bag in the shoe
Put the shoe in another bag
and seal this
Put the shoe in the freezer over the night.