”The forest will answer in the way you call to it.” 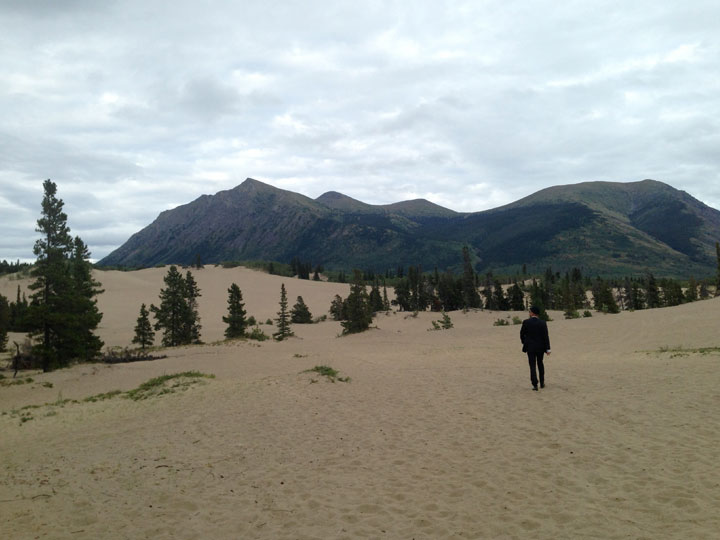 KAZAK: kazak is an auditive and visual composition, where NONcompany plays with their rediscovery of the forest in several layers.

Autumn 2013 we travelled into the taiga in Canada, close to the Alaskan border, following the Yukon River, as the gold diggers did before us more than a hundred years ago. Our aim was not to search for gold, but to re-explore an area where people came and left, without really looking around. With this expedition we continued our way through the greatest of all forests. This time we brought with us a film maker.

Whitehorse is the place with the cleanest air in the world (Guinness Book of records 2012), here humans are outnumbered by bears (22.000 people, 60.000 bears), and the closest town came into being in a feverish rush that is long gone. We tried to maintain an awareness of the big picture we were in, the taiga, our back yard and the worlds’ biggest biome on land, with the aim to find some of its soul to bring back and share with our audience.

NONcompany embarked on this trip as the band Alkotrazz from the intermezzo. This group of characters based on ourselves, but in more concentrated and ‘taiganised’ versions, got a make-over and stepped in between the trees a little north of Whitehorse. Alkotrazz are perhaps not the people one would typically imagine when thinking about people in the woods. Nevertheless they have emerged through our work with KAZAK. and the filmed scenes show them exploring, trying to integrate themselves in, or infiltrate, the spruce forest in their own ways. With that we picked up the thread from where the first part ended, with the expedition team lost in the woods.

In KAZAK: kazak the film work plays a main part together with live performed music and actions both parallel an in contrast to what is happening on the screen. Playing with levels of perspectives the company has made a visually beautiful and poetical performance composition with serious undertones.

The performance premiered at BIT Teatergarasjen in Bergen, Norway 06.03.2014.

Supported by: The Municipality of Bergen -section for art and culture, Fond for Lyd og Bilde, Fond for Utovende Kunstnere and the Norwegian Arts Council. 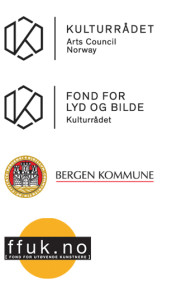 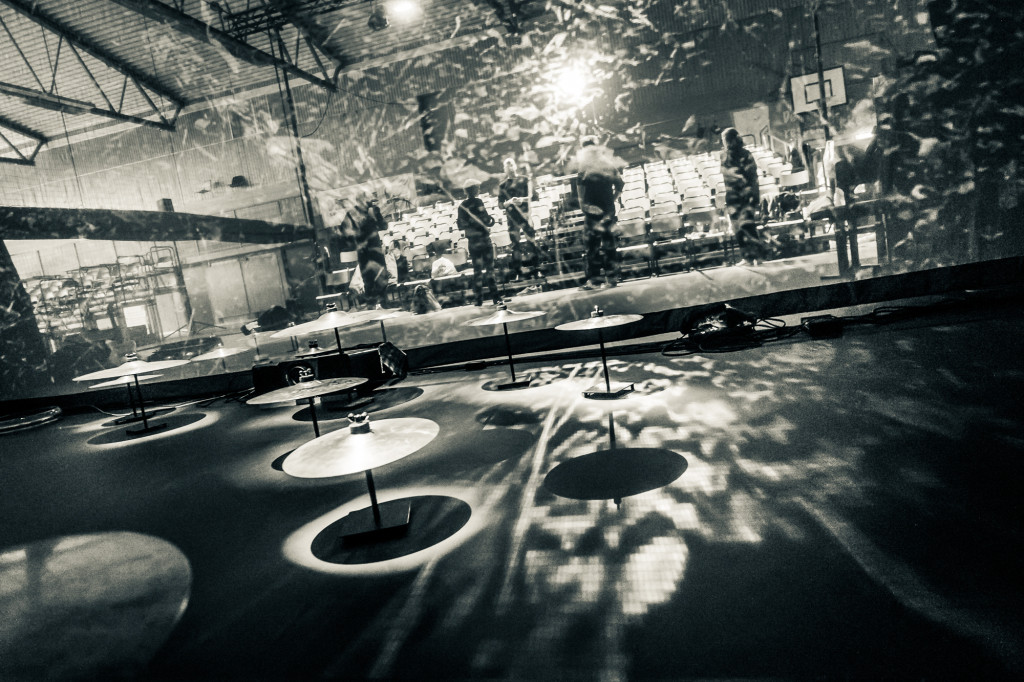 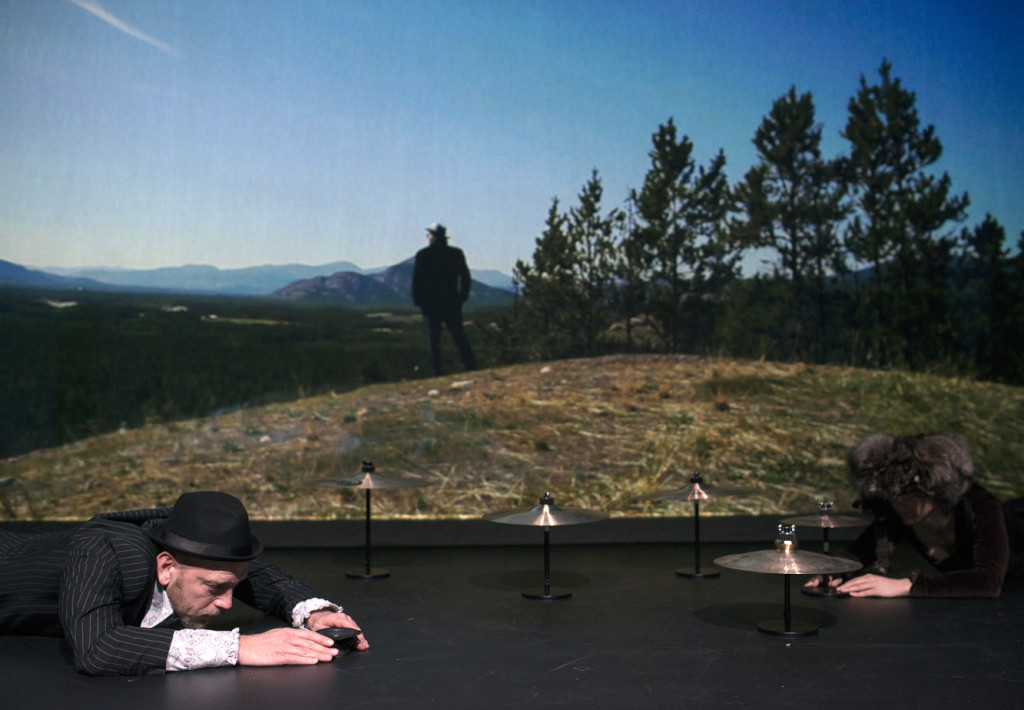 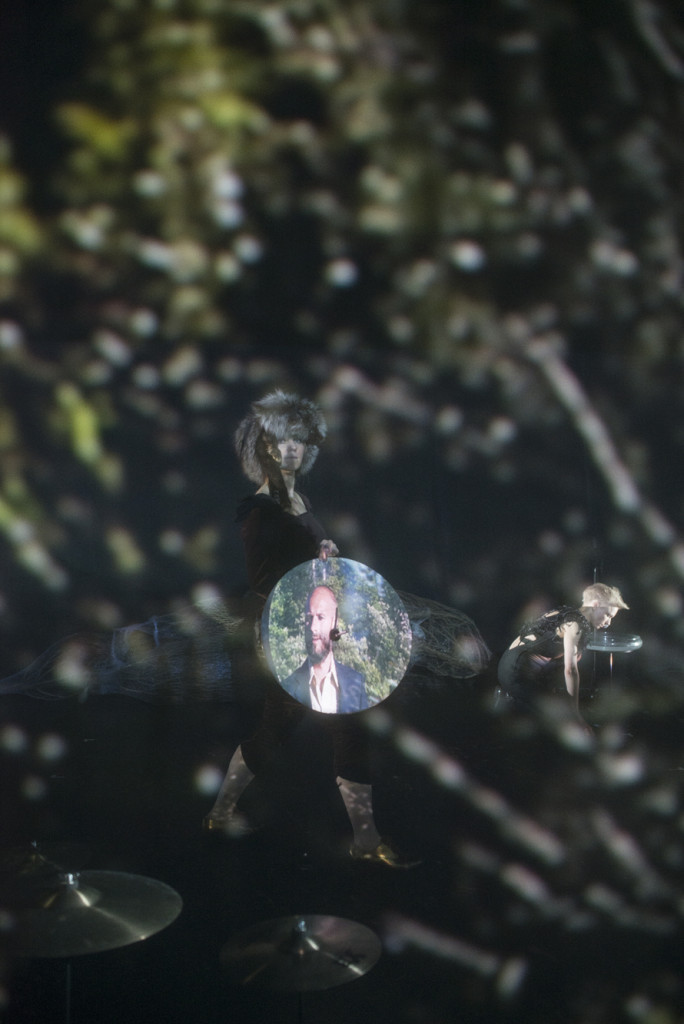 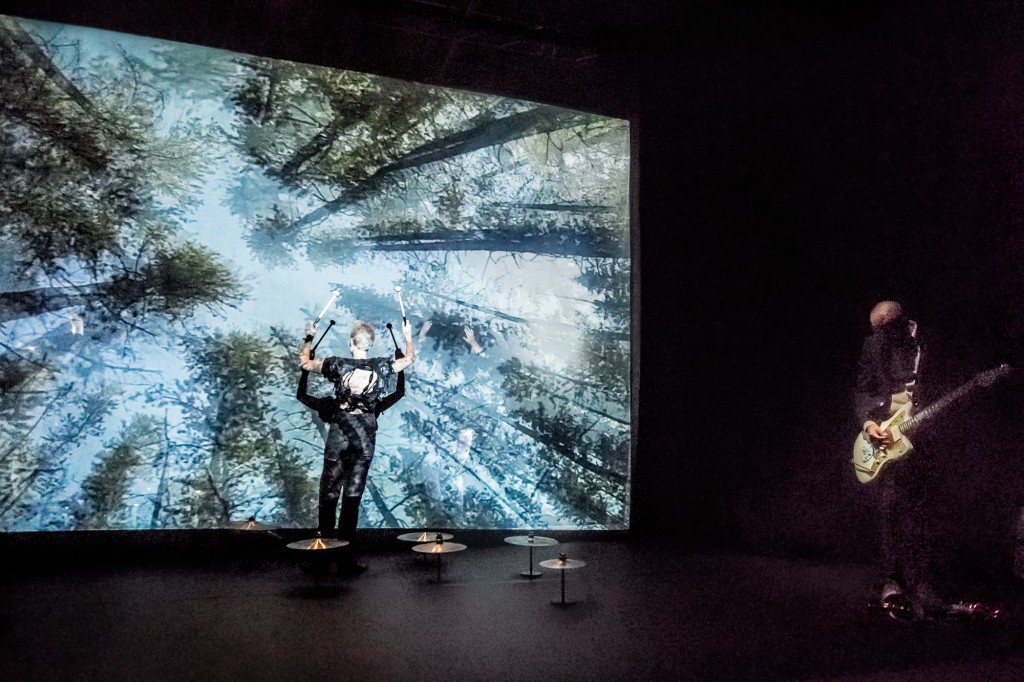 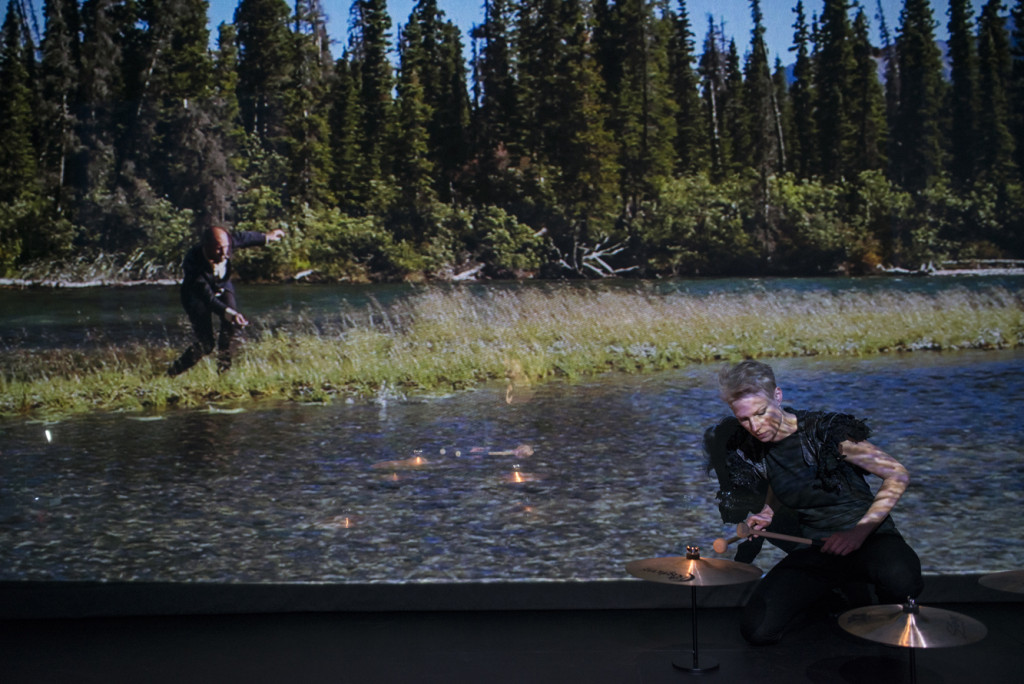 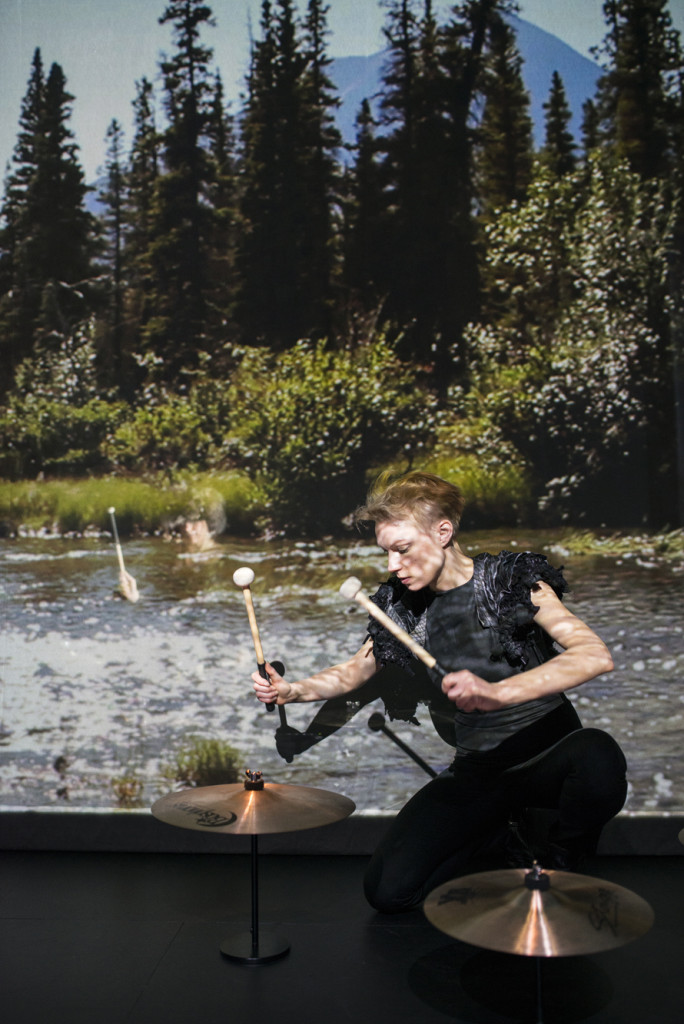 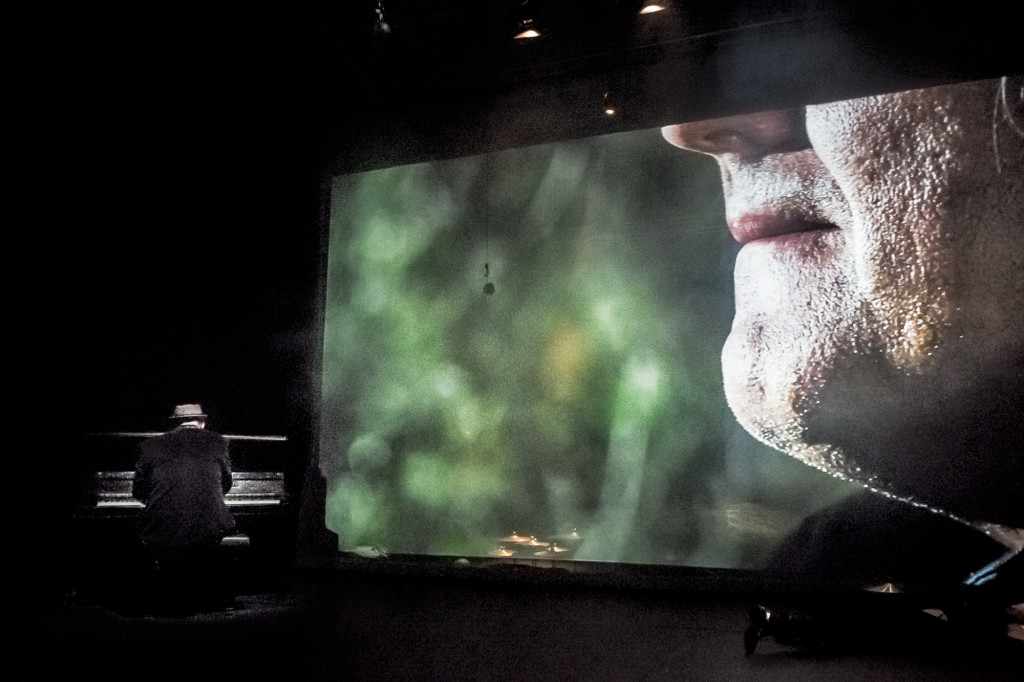 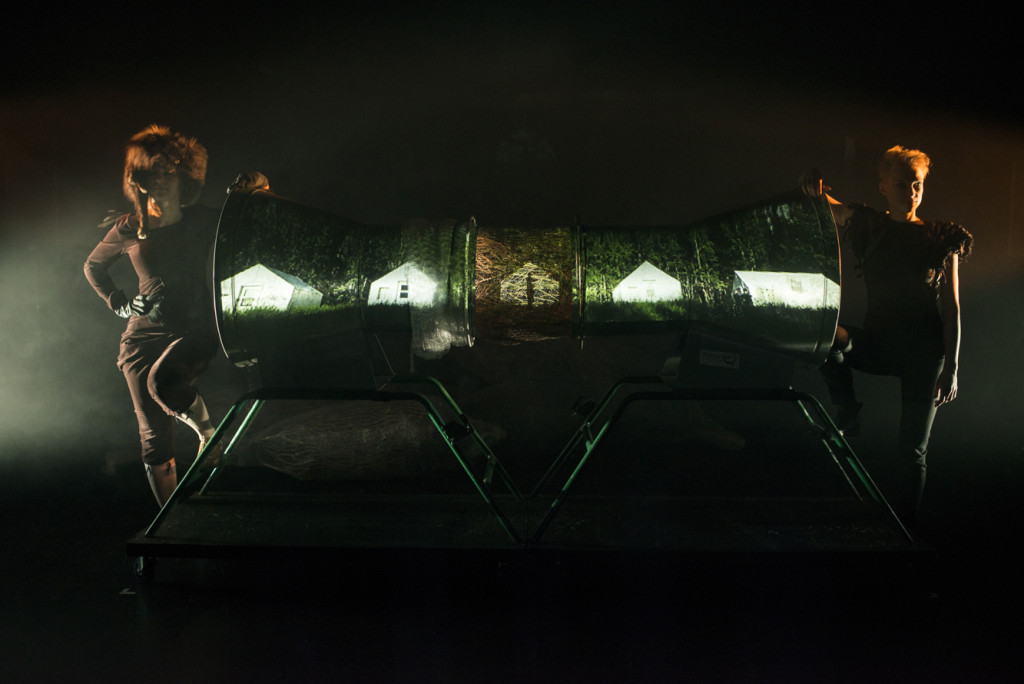 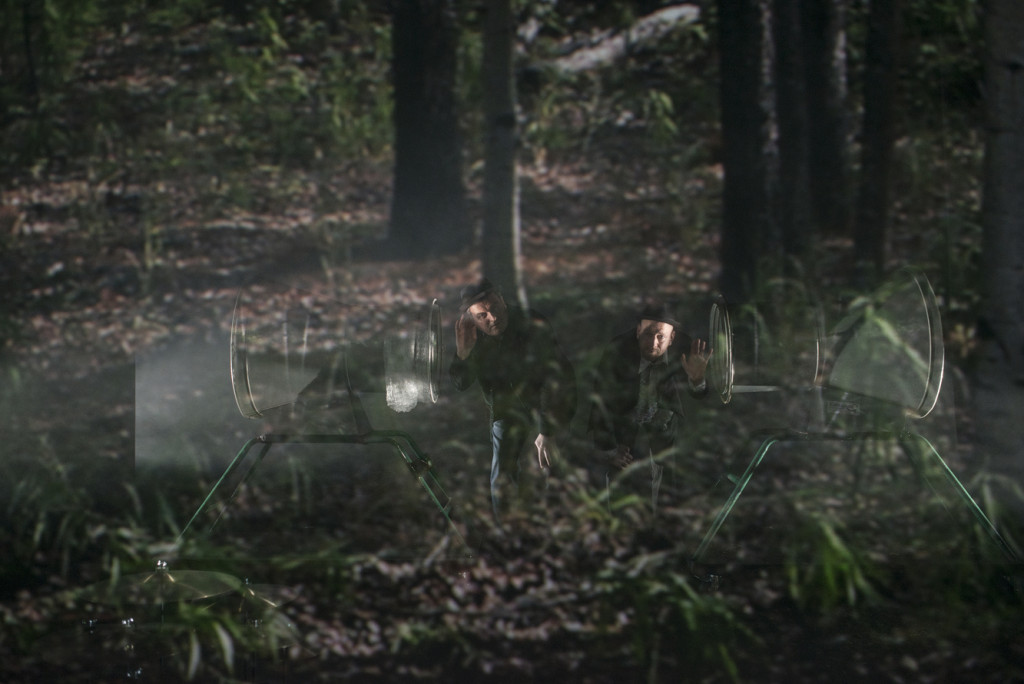 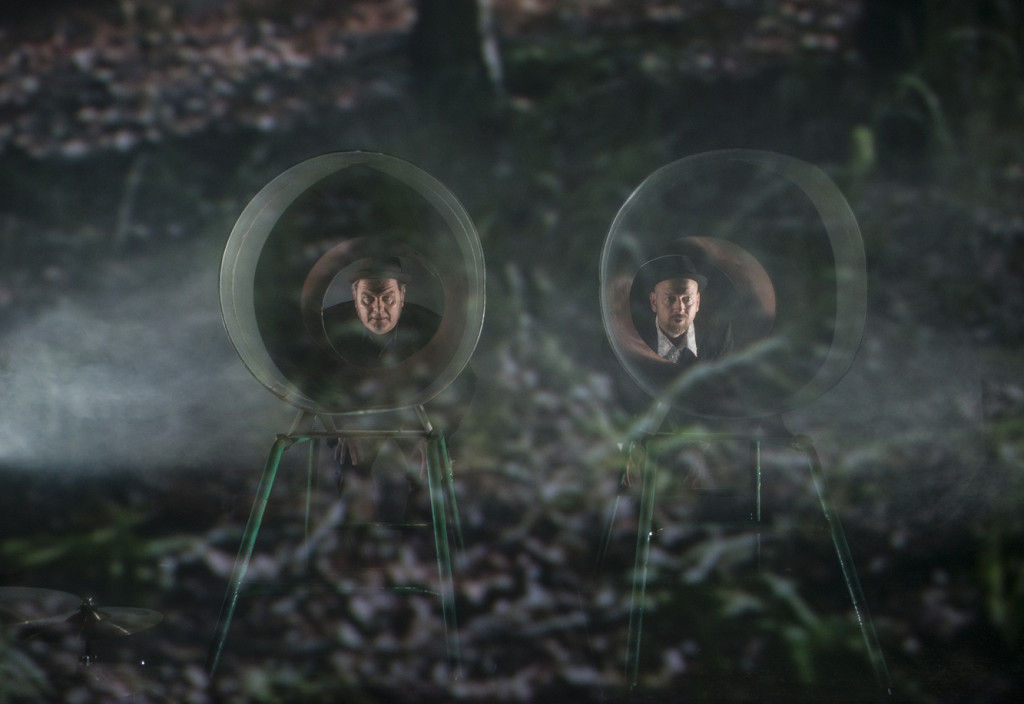 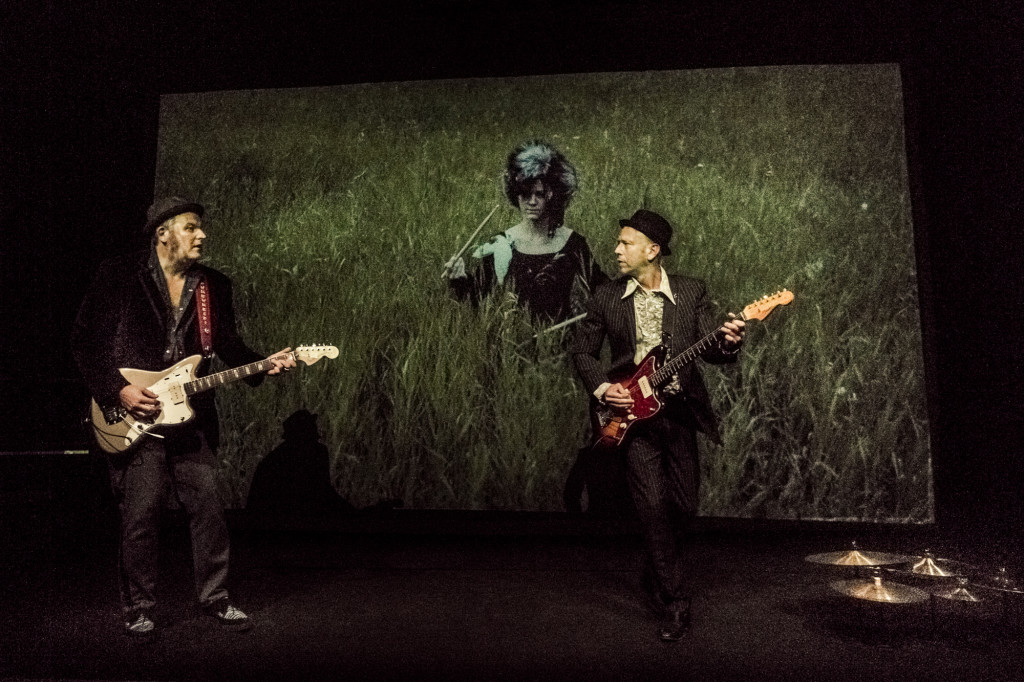 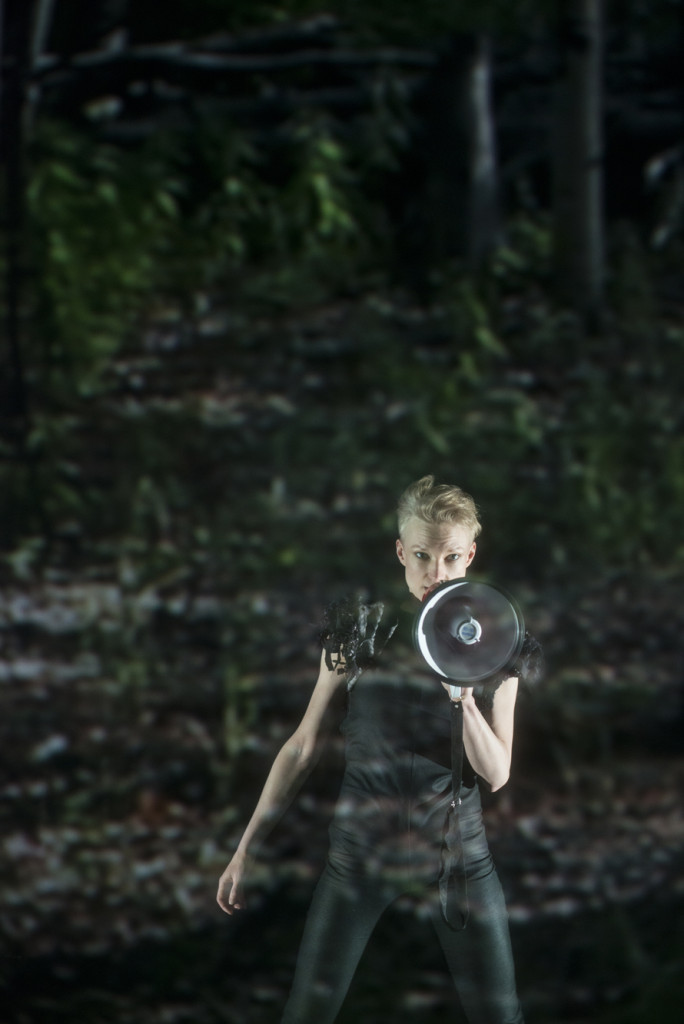 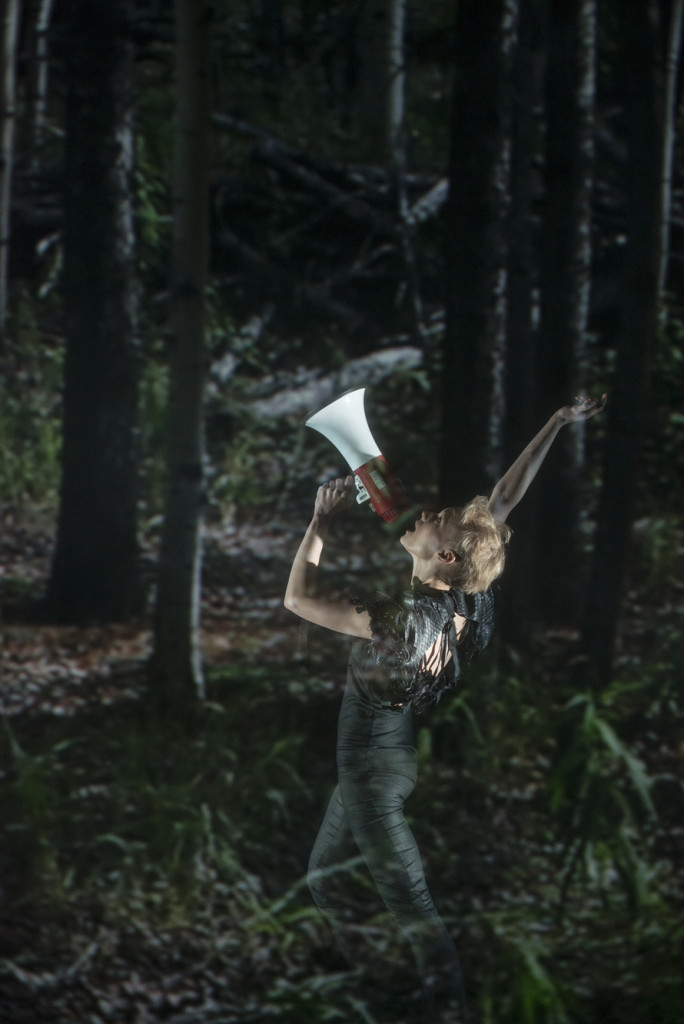 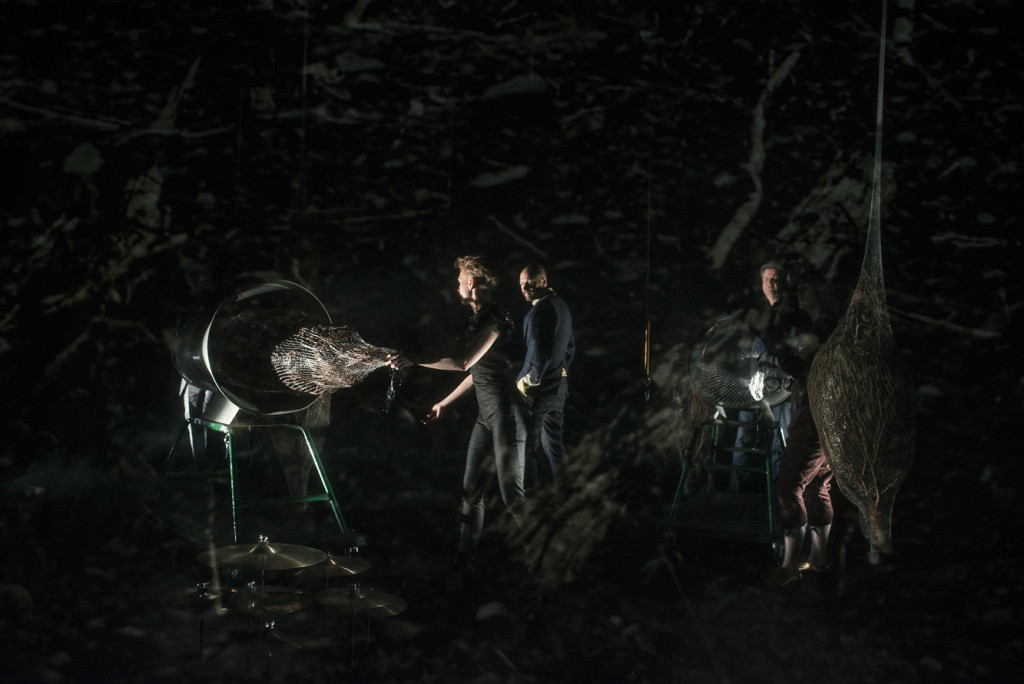 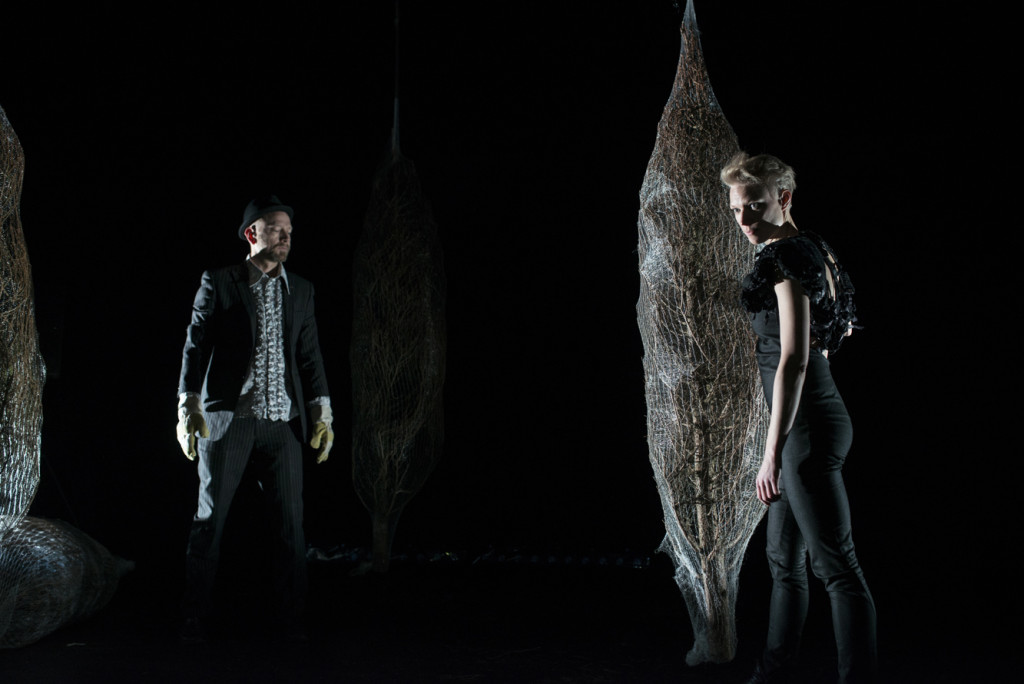 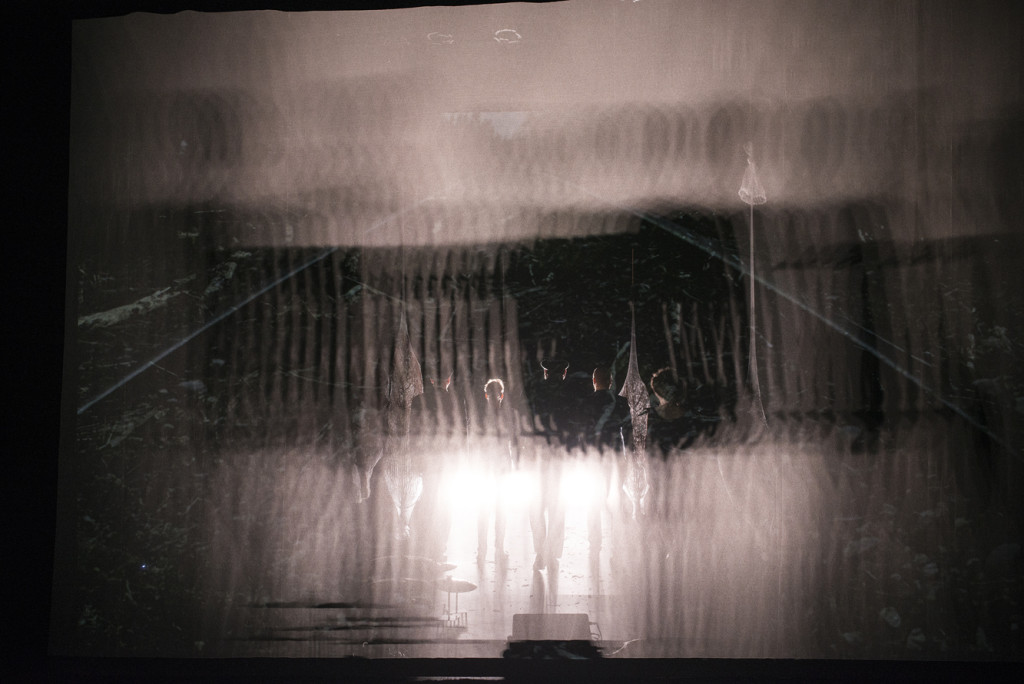 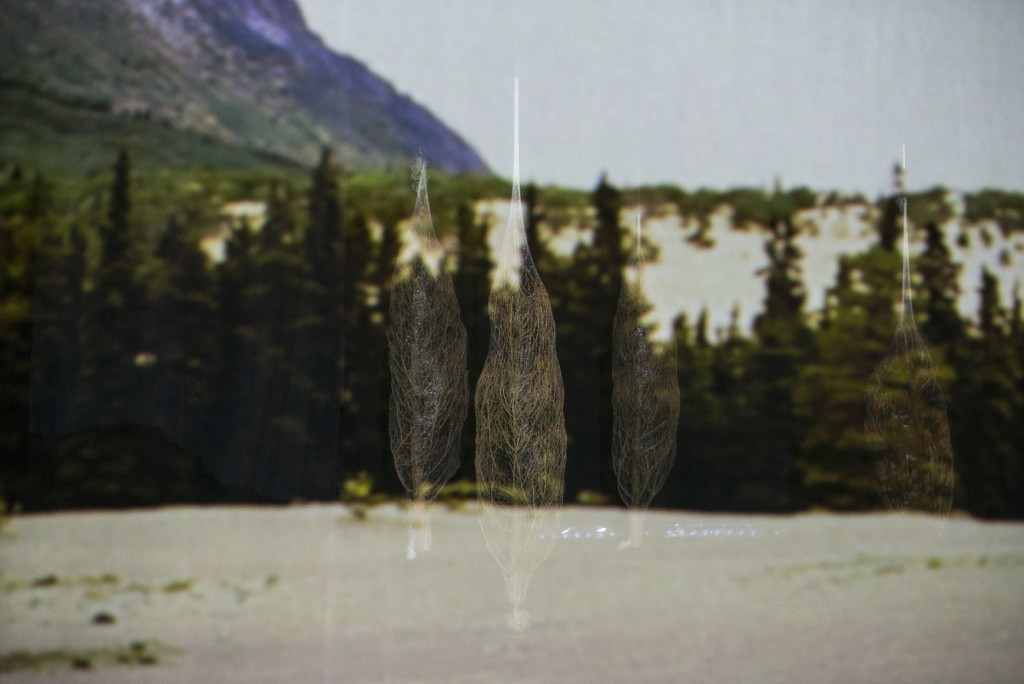 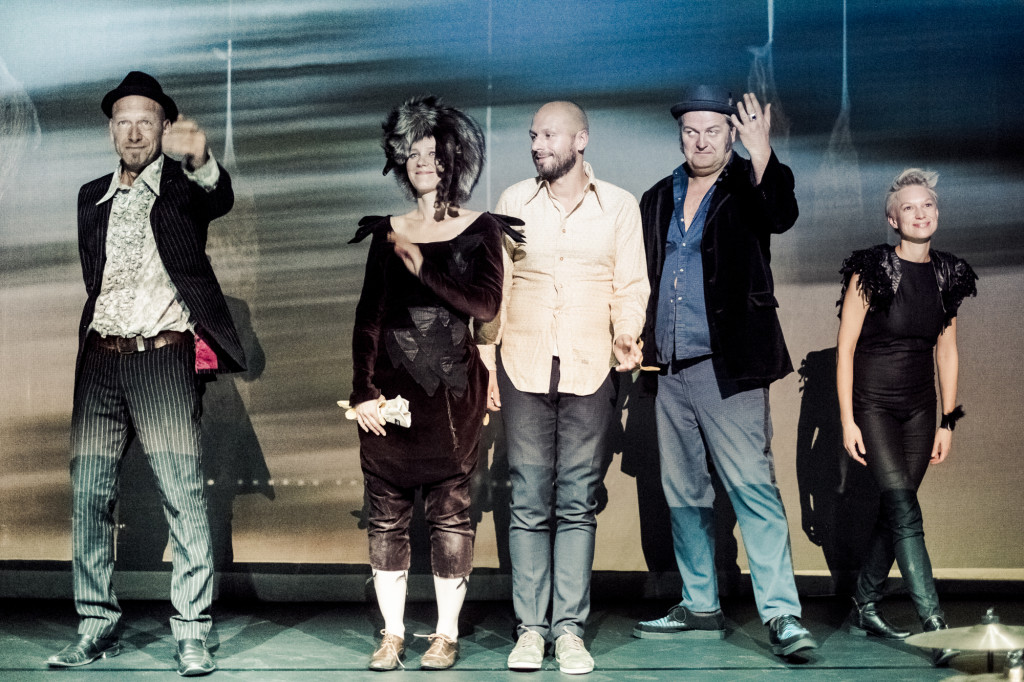