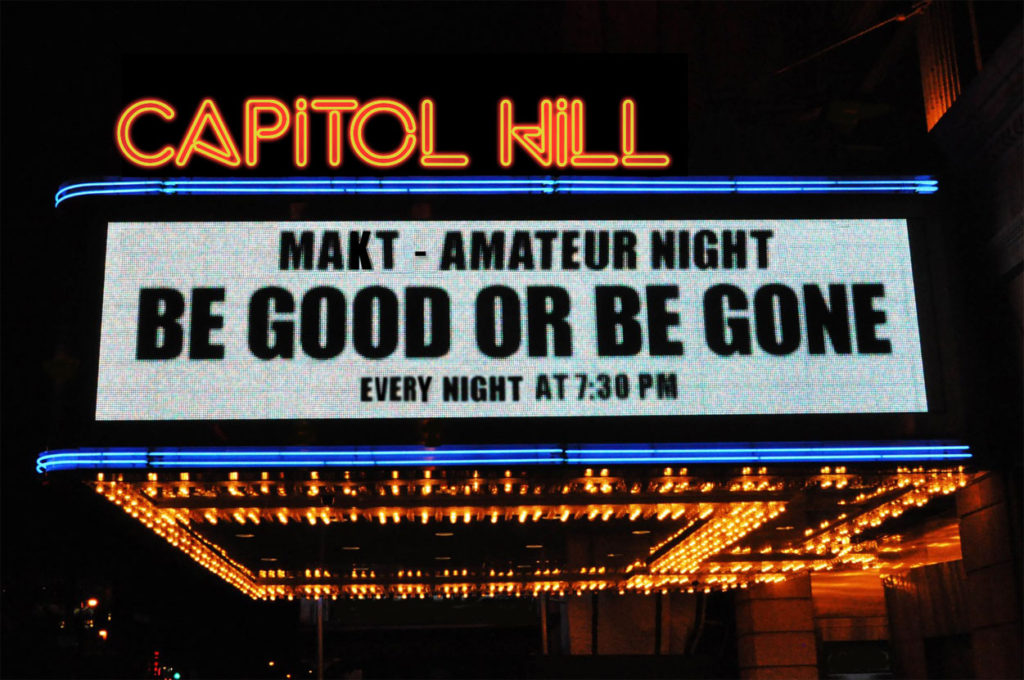 In NONcompany’s latest project MAKT – an amateur night at Capitol Hill  an international team has gathered forces to create a performance about power. The actor Lise Risom Olsen is supported by an audio-visual concept in a play lingering between talk show, drama, satire and political rally. Our heroine is trying to orient herself in the current political landscape, while keeping her morals and ethics intact. In her search for where the real power lies today she rapidly shifts through different roles, stories, and ways of expression dealing with themes of feeling powerless, wanting power, taking power, and how power is being distributed and re-distributed . The play is both an earnest and humorous mixture of political speeches, documentary material, Shakespear’s Macbeth, and ideas from a  selection of political thinkers.

In MAKT – an amateur night at Capitol Hill the question is raised about where the individual stands between having power vs. being controlled. Does the individual realize and comprehend what power she or he actually has? What is the individual’s responsibility regarding their own power? The aim is to create a performance that offers new perspectives and ideas to empower and inspire the audience, in a time where the power balance is out of order.

And oftentimes, to win us to our harm,

The instruments of Darkness tell us truths;

Win us with honest trifles, to betray’s

MAKT -an amateur night at Capitol Hill was premiered at Rosendal Teater in Trondheim  January 17th 2020.

The project is co-produced by Rosendal Teater and BIT Teatergarasjen and supported by:

Municipality of Bergen – department for art and culture, Fund for Picture and Sound and Fond for frilansere.

Thanks to Morten Pettersen, Lydlosjen, Per Ananiassen and the whole crew at Rosendal Teater. 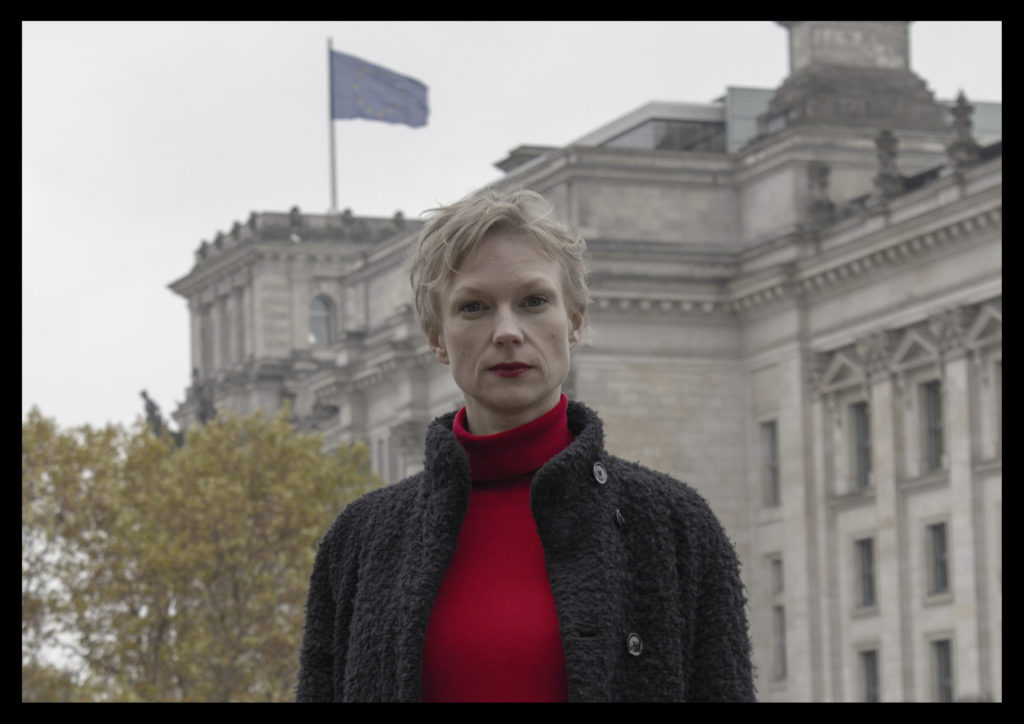 Pictures from the performance at Rosendal Teater January 2020 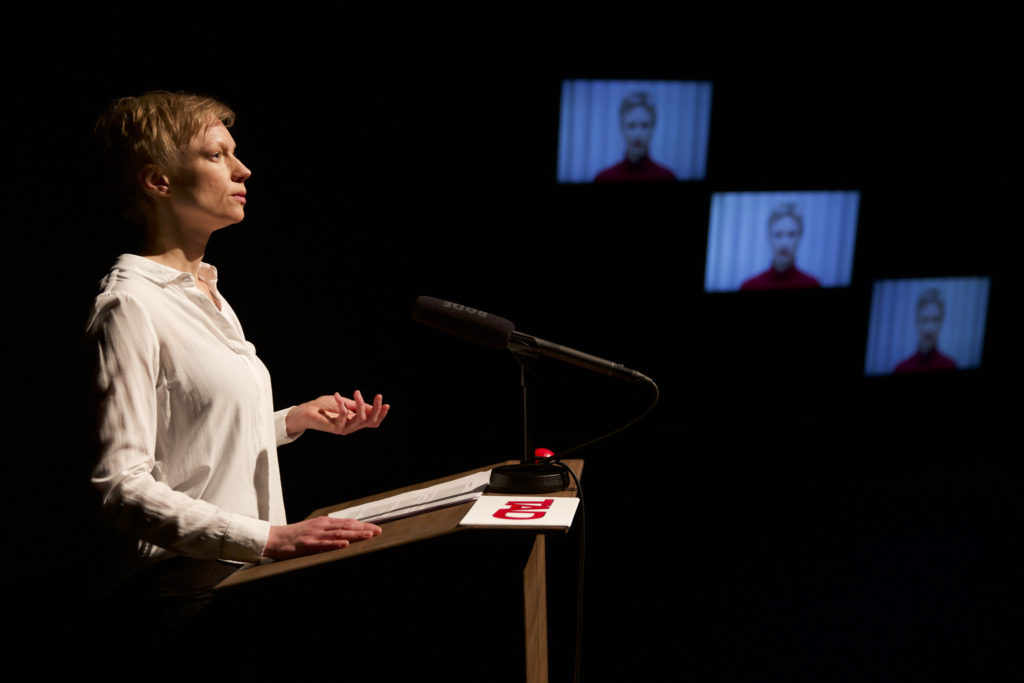 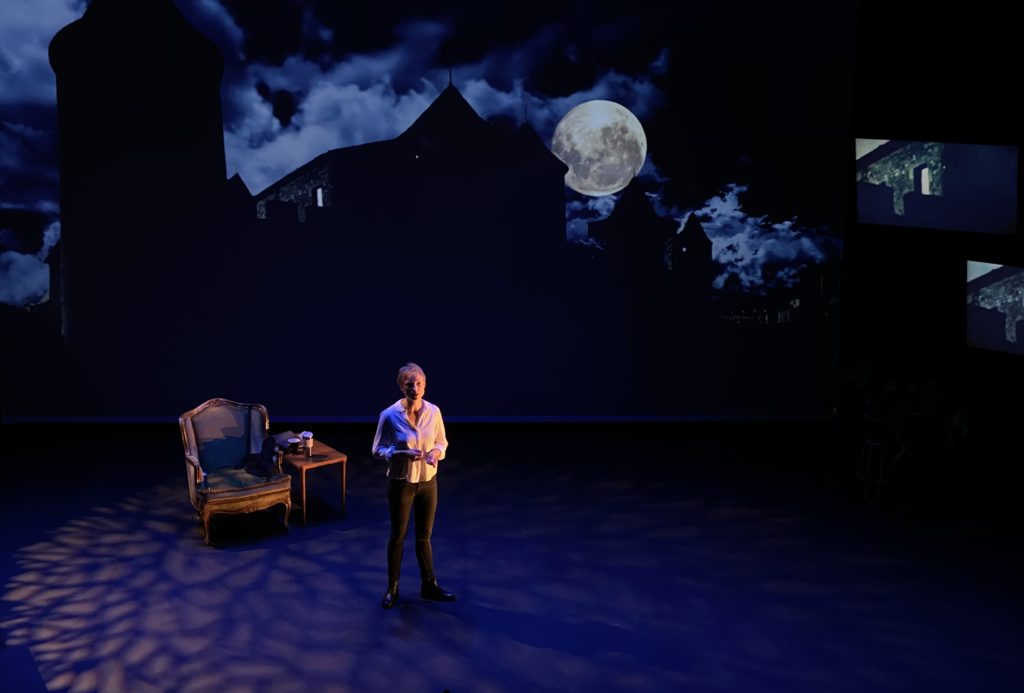 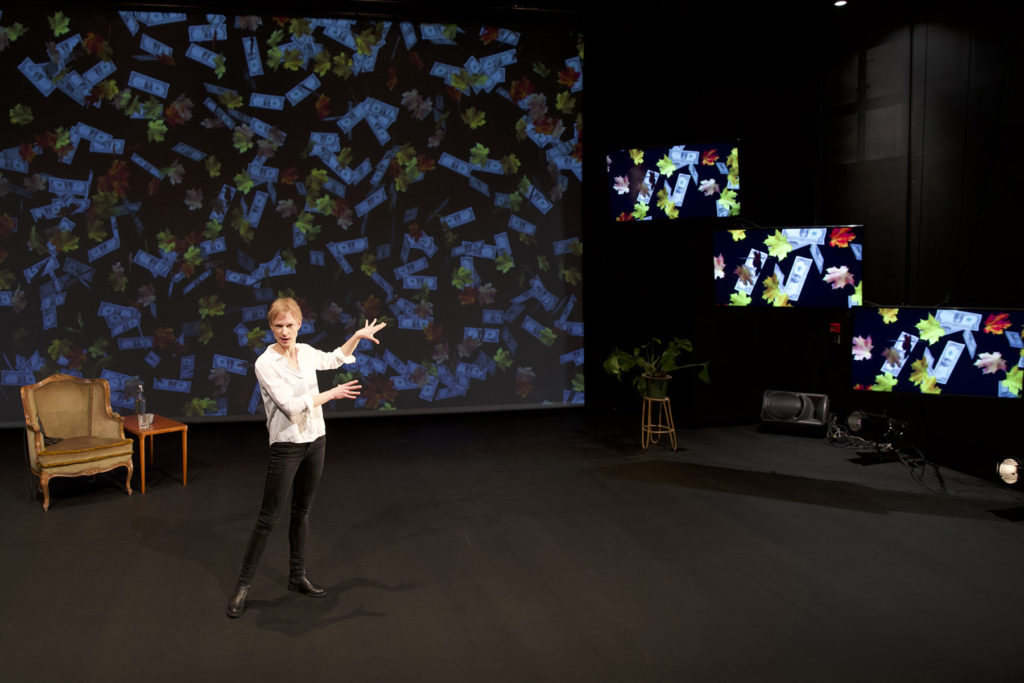 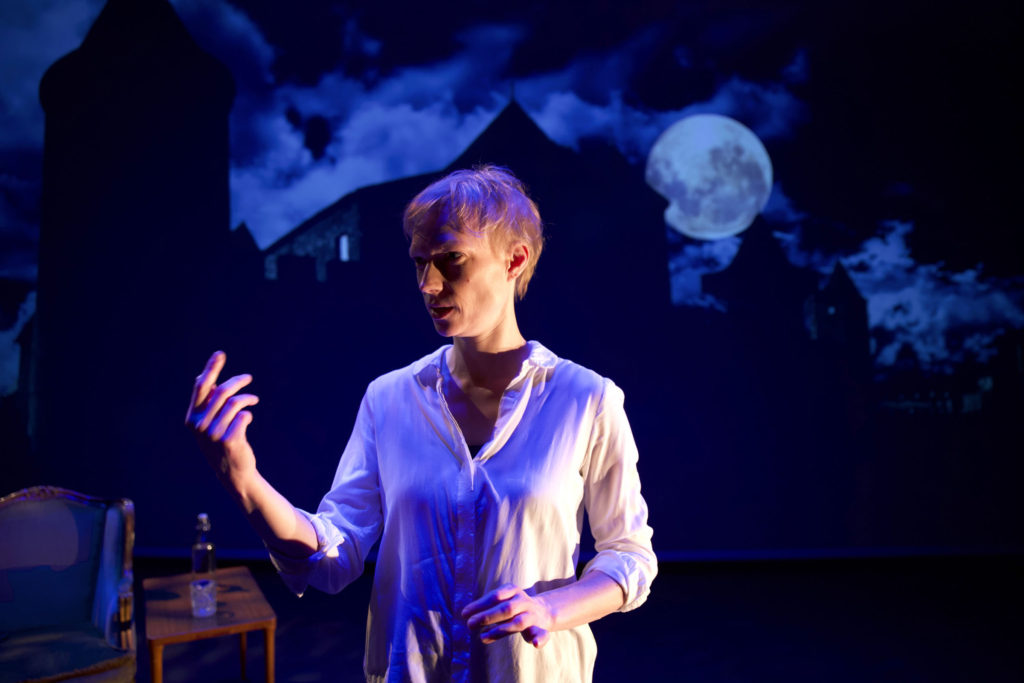 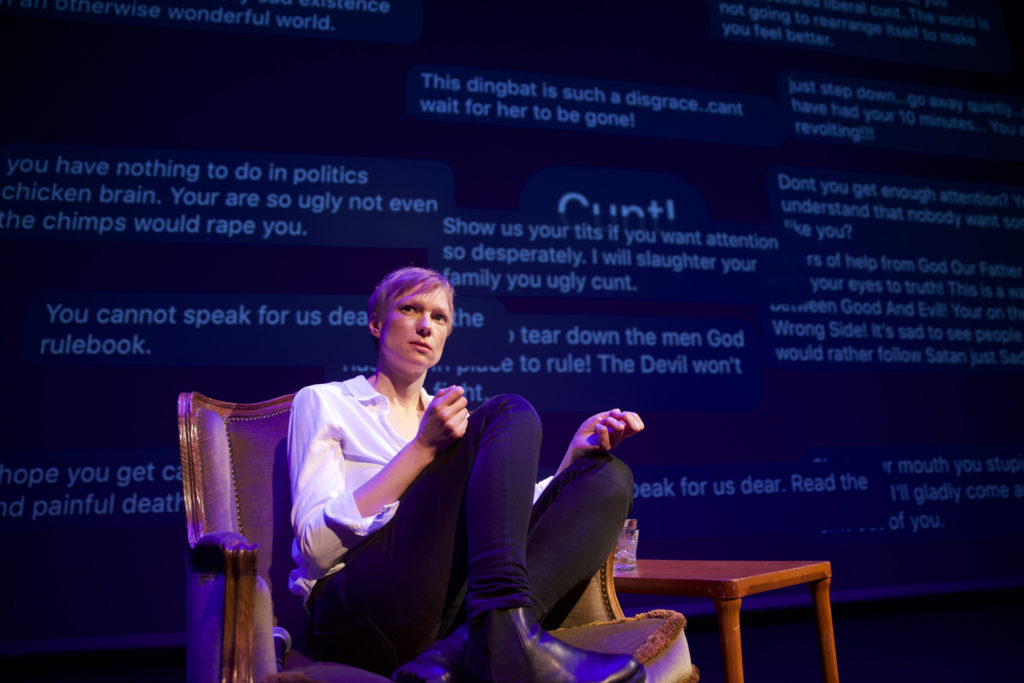 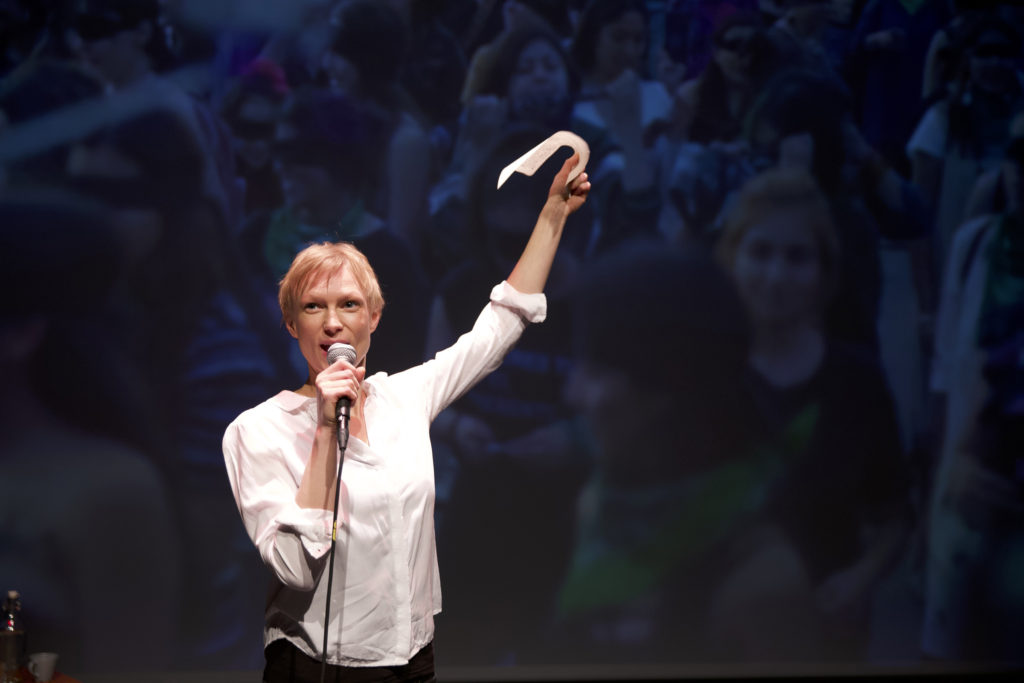