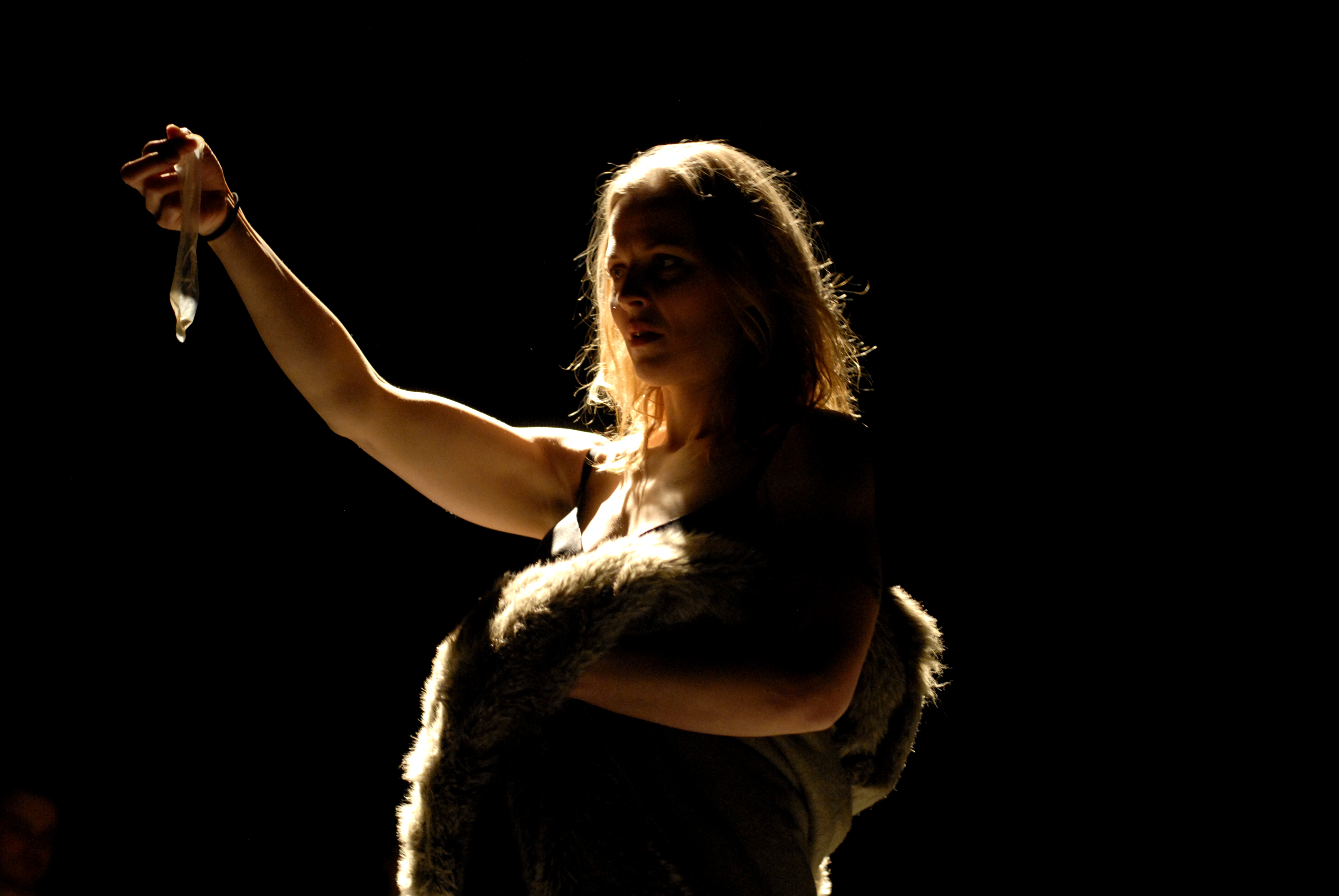 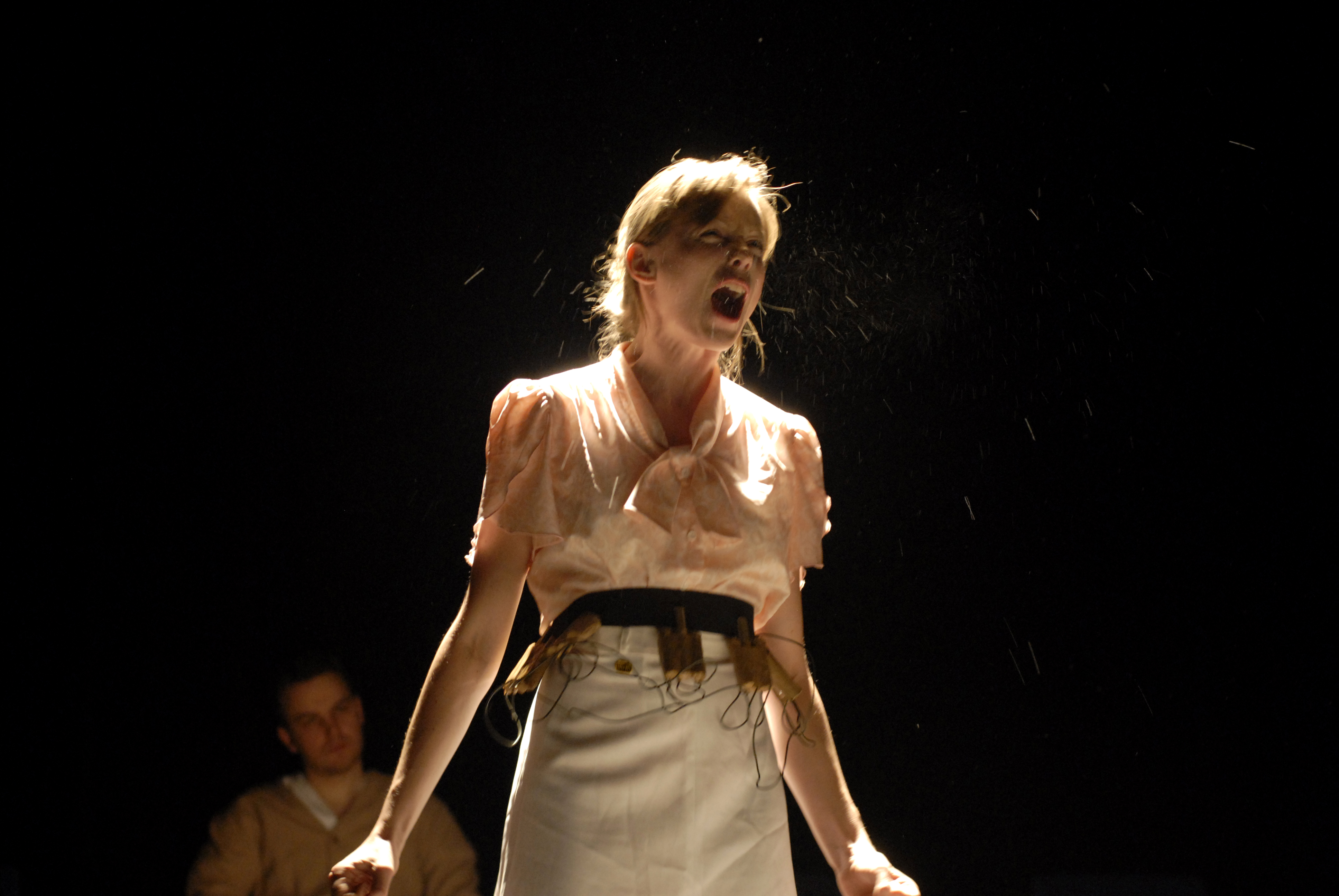 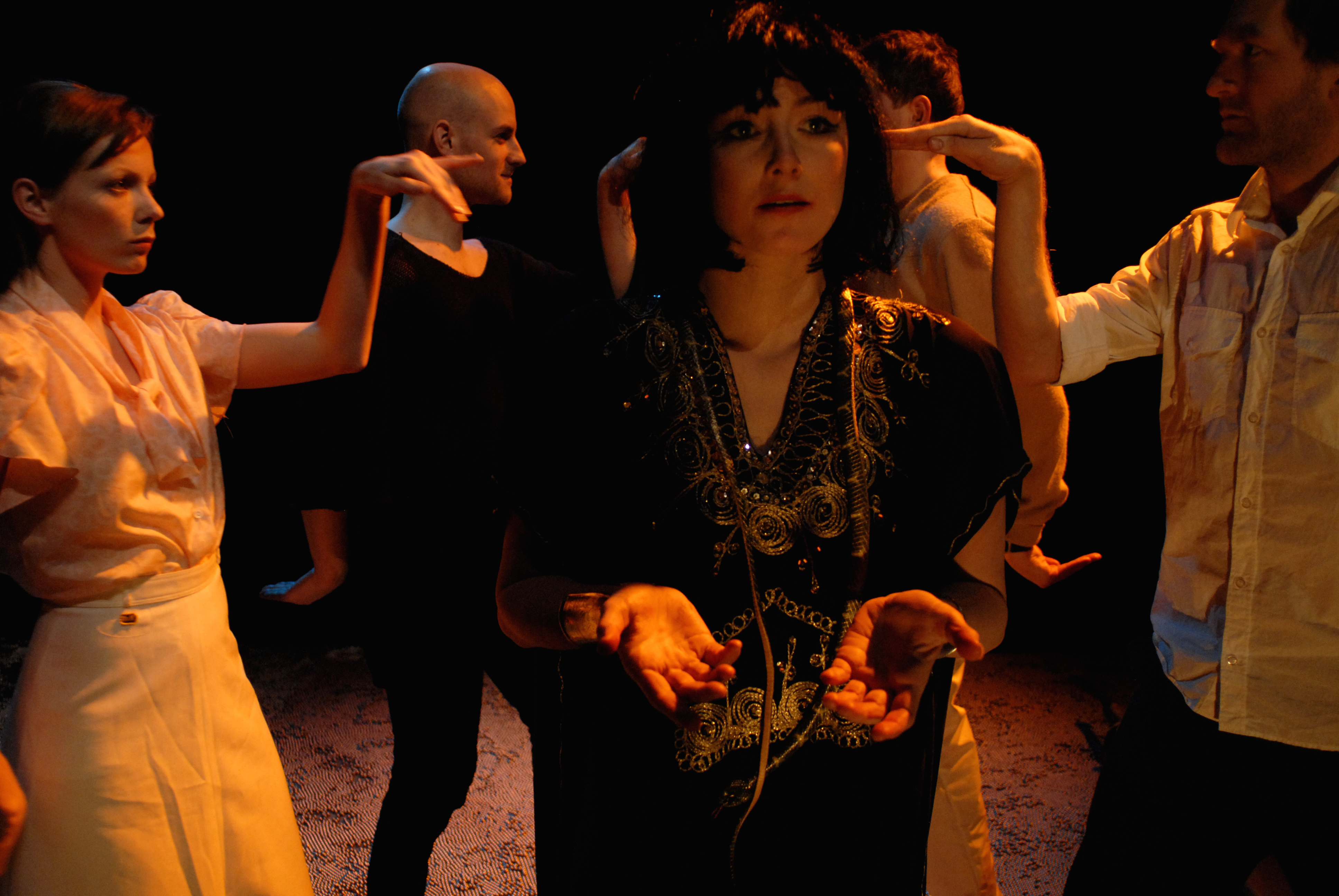 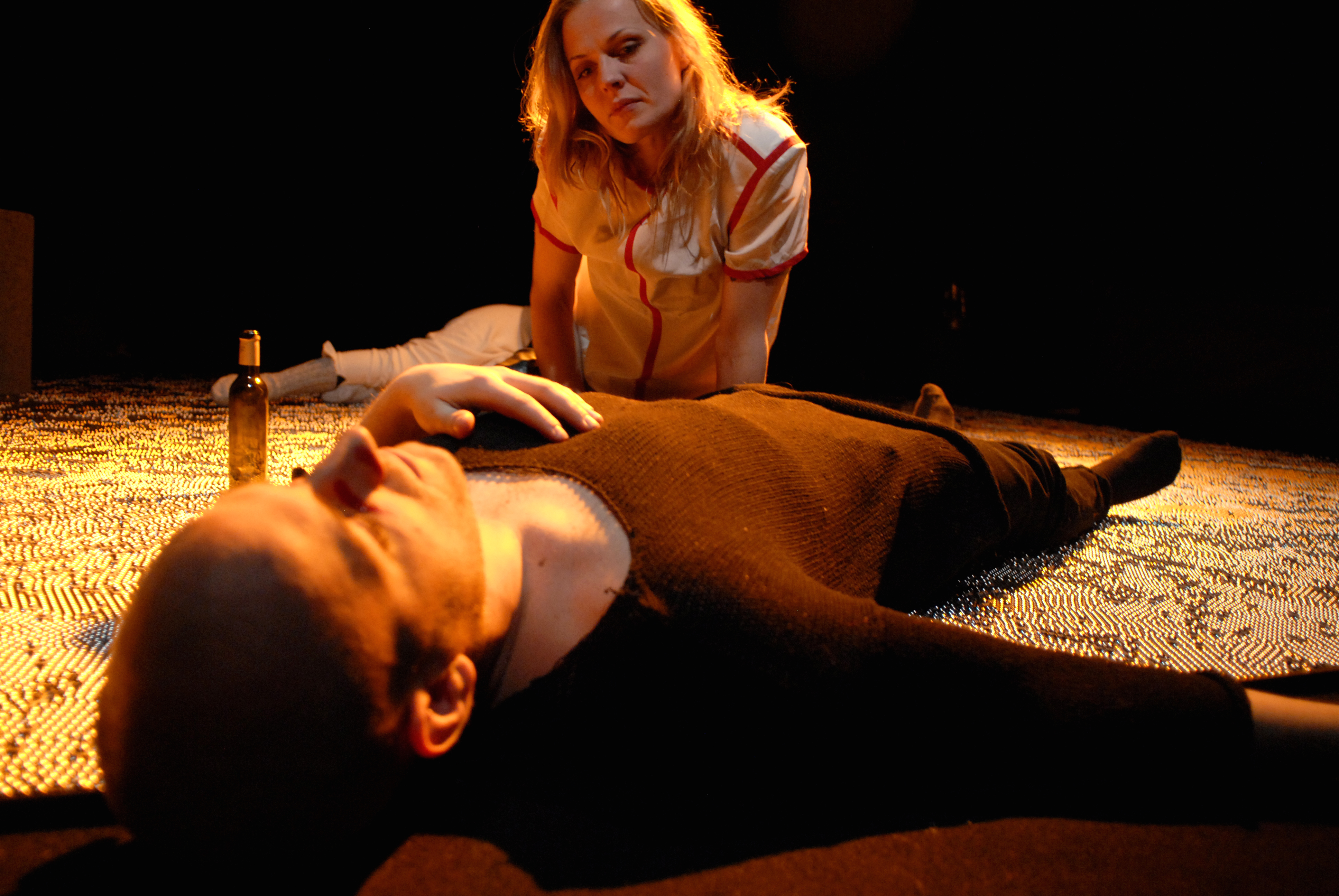 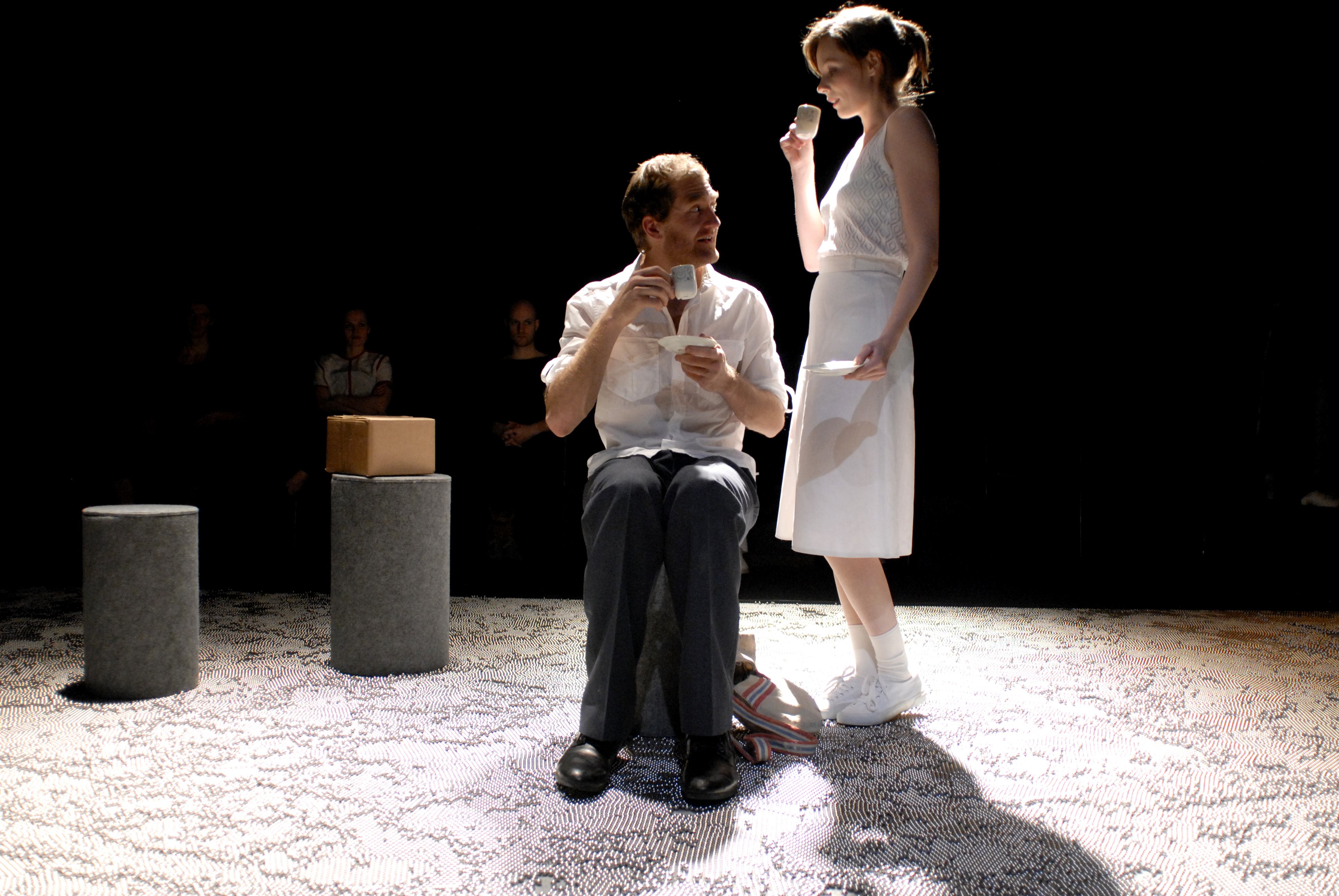 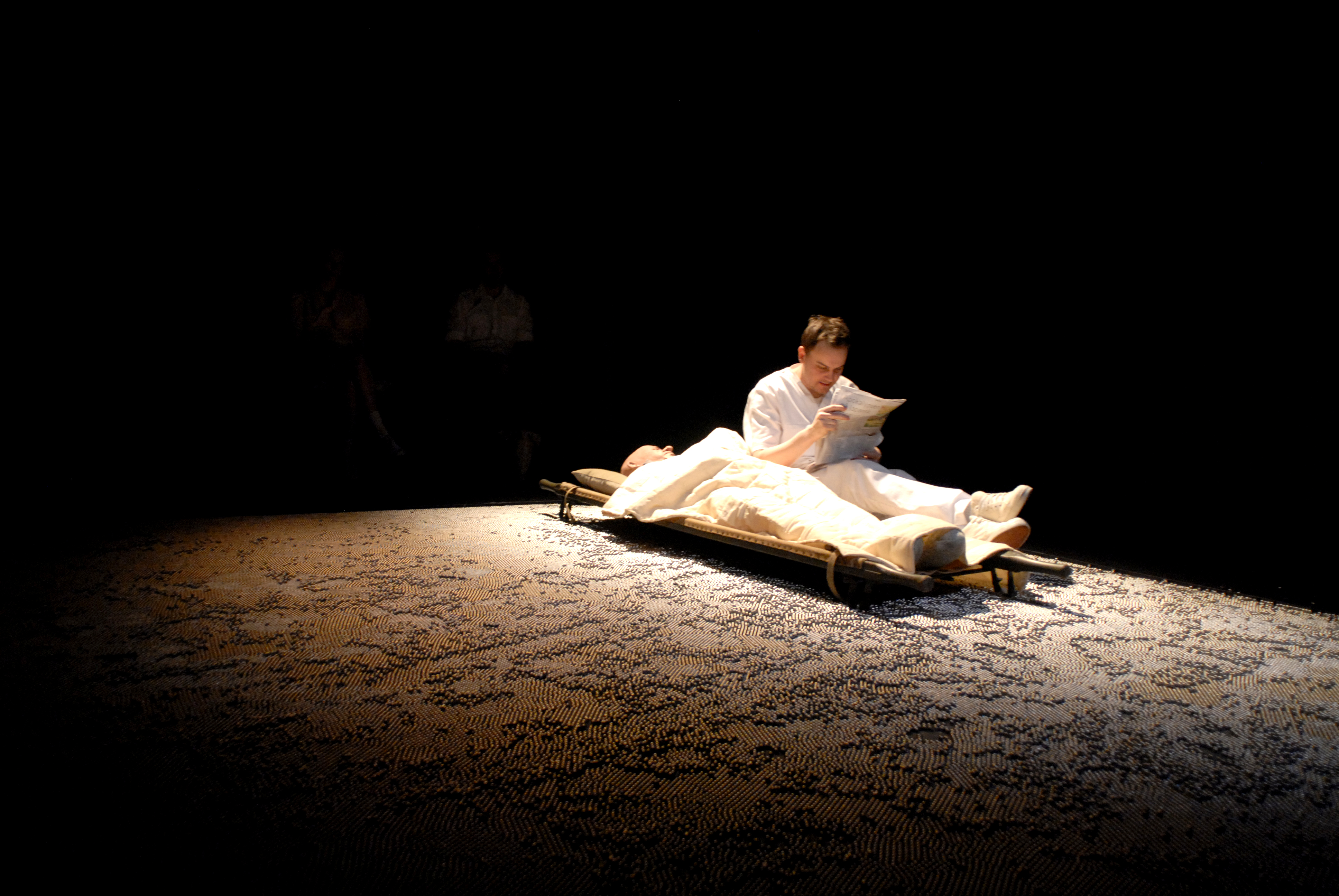 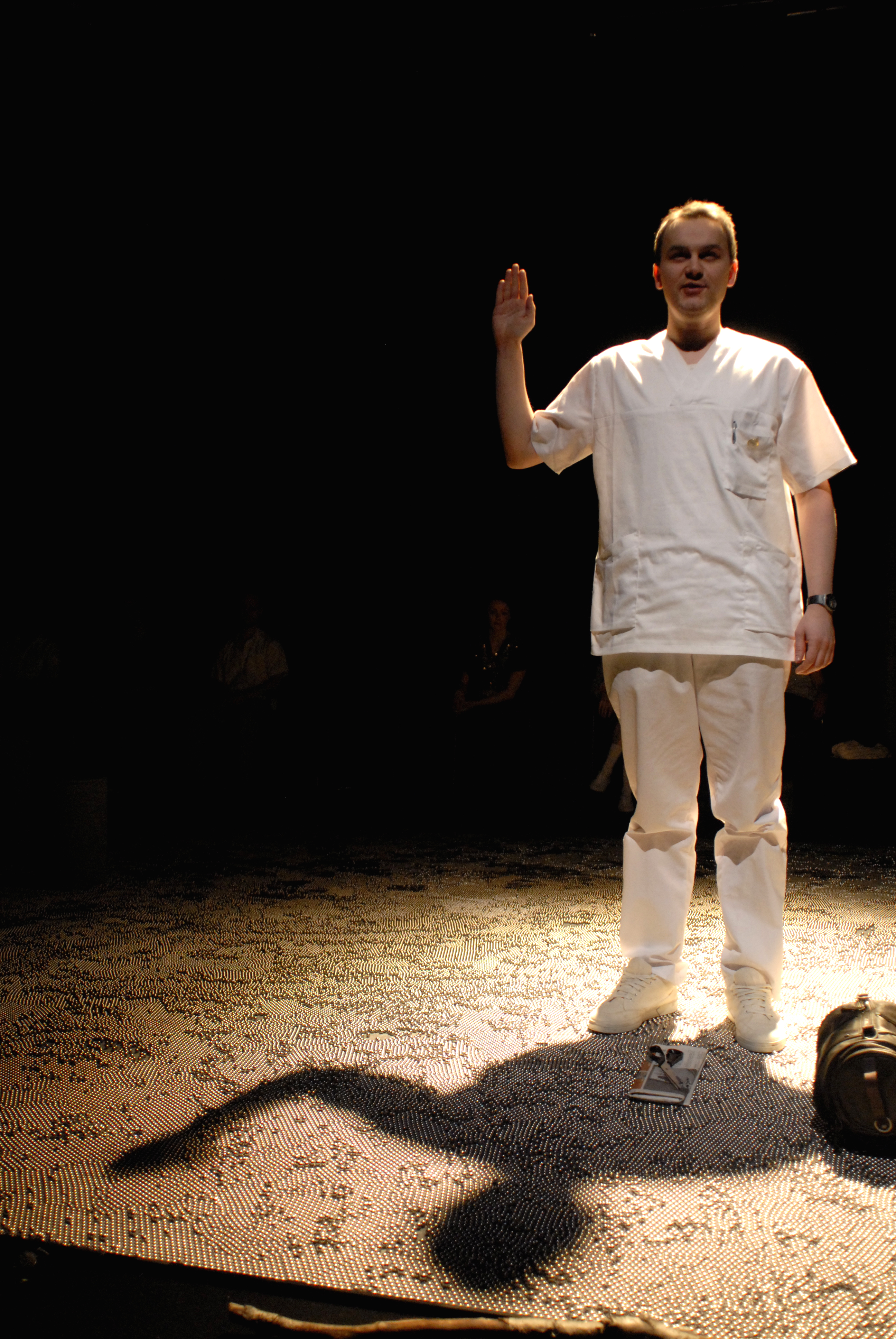 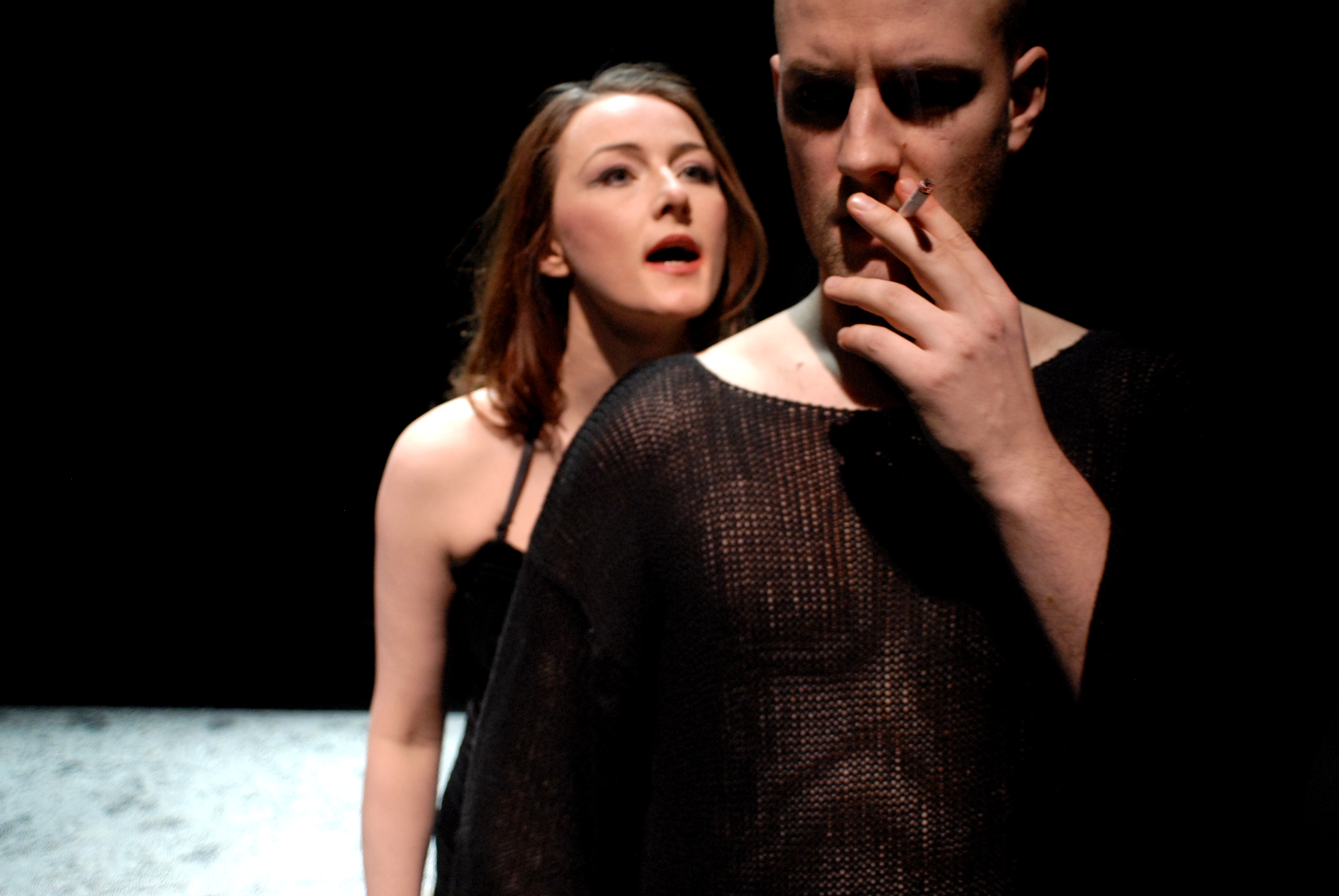 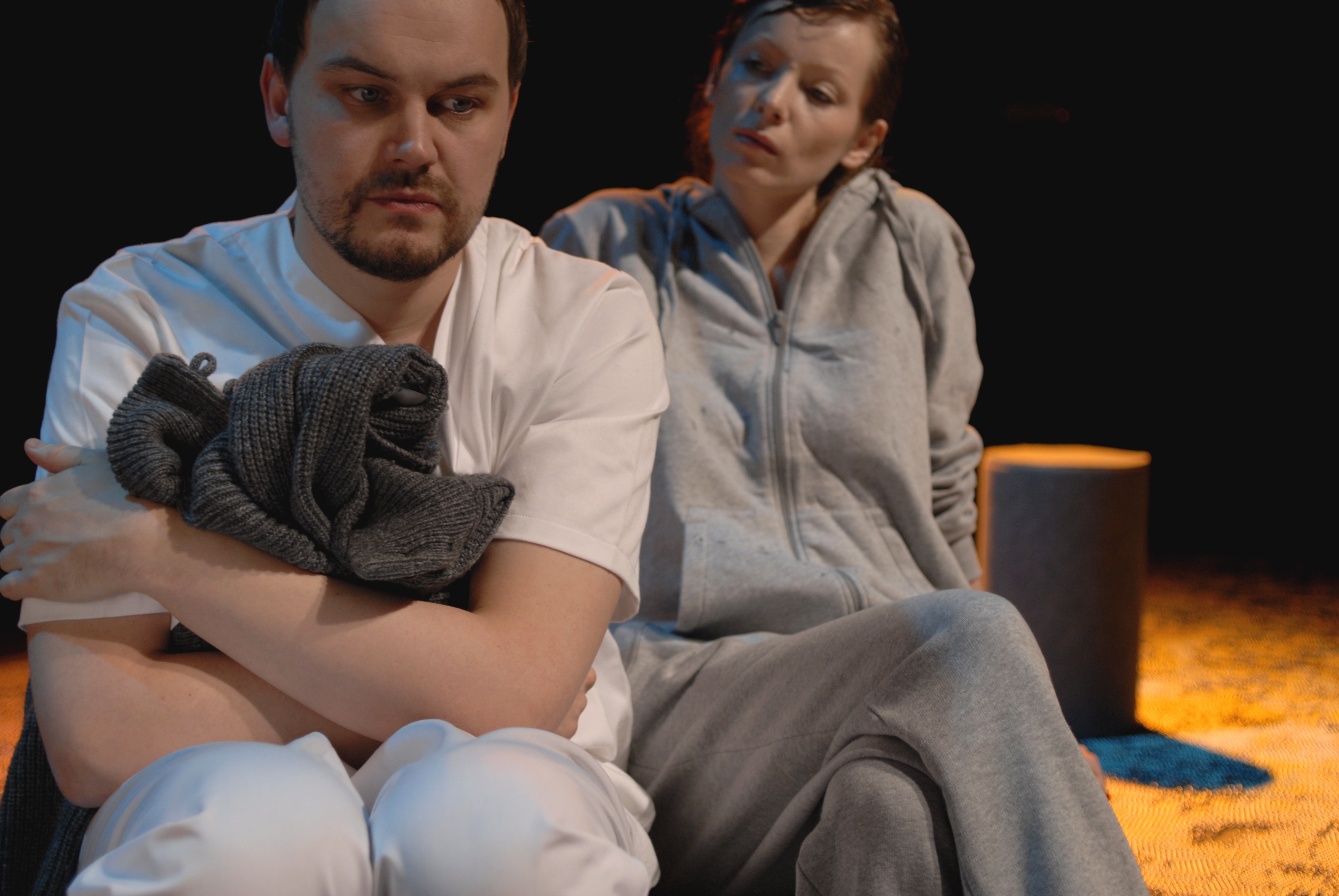 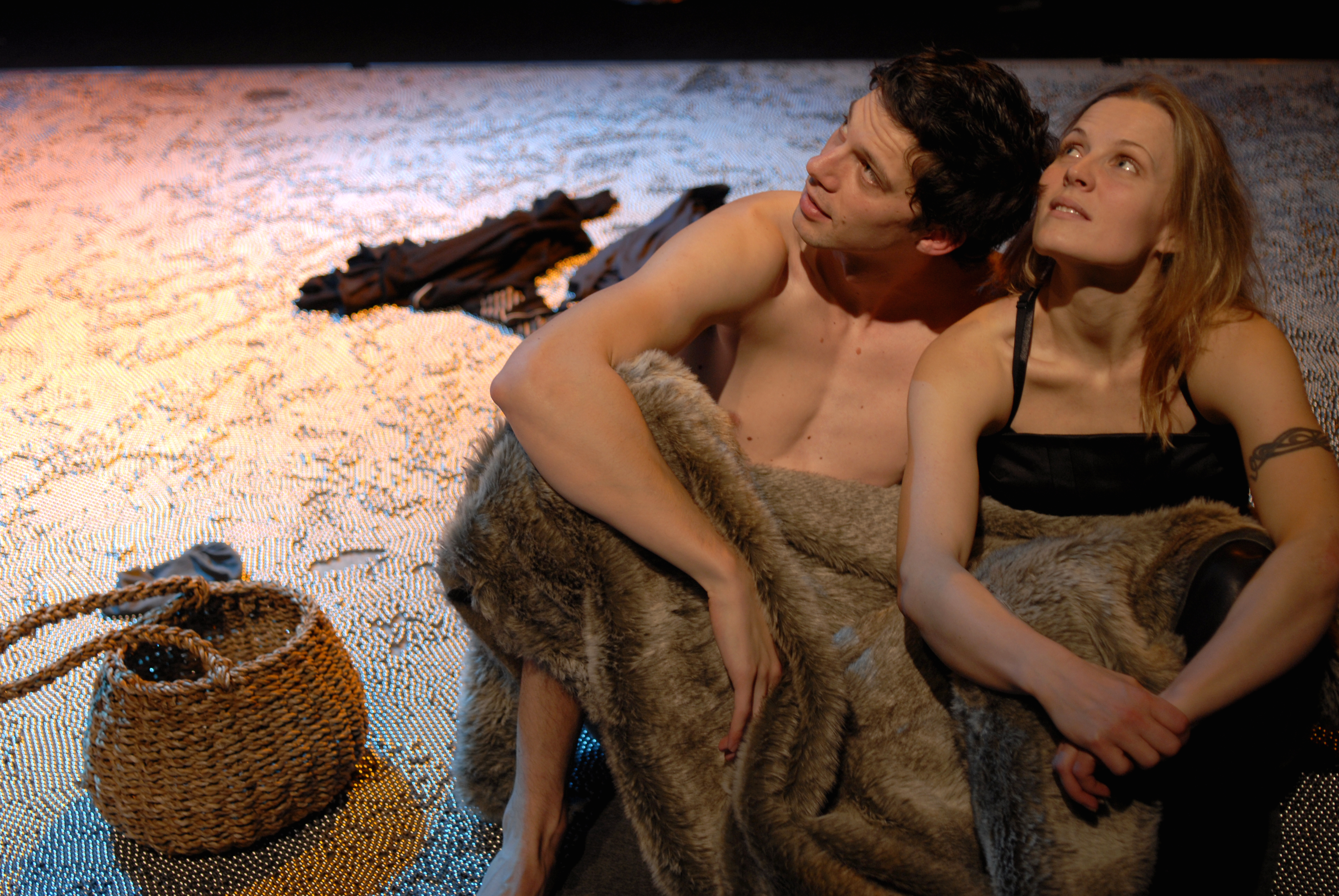 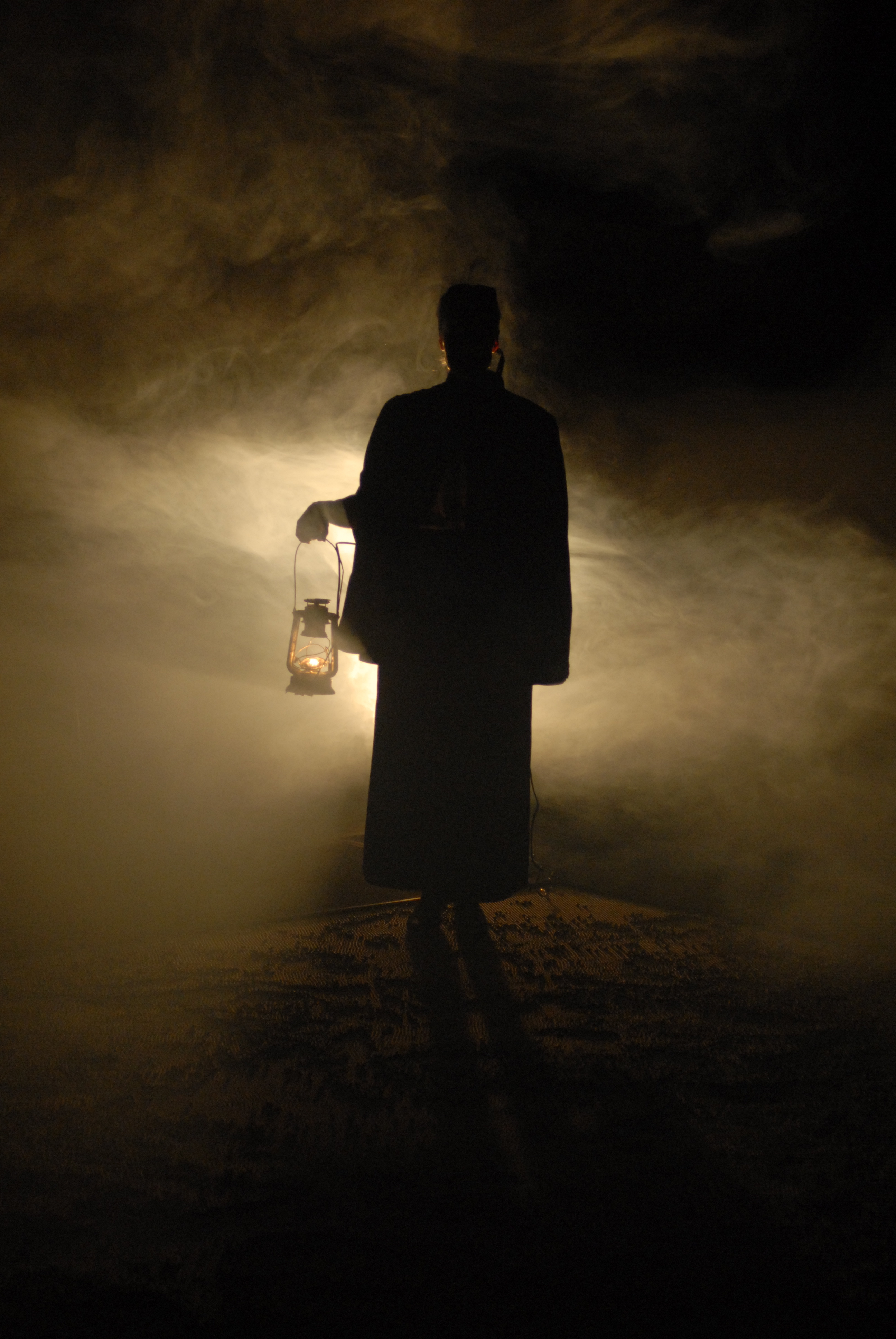 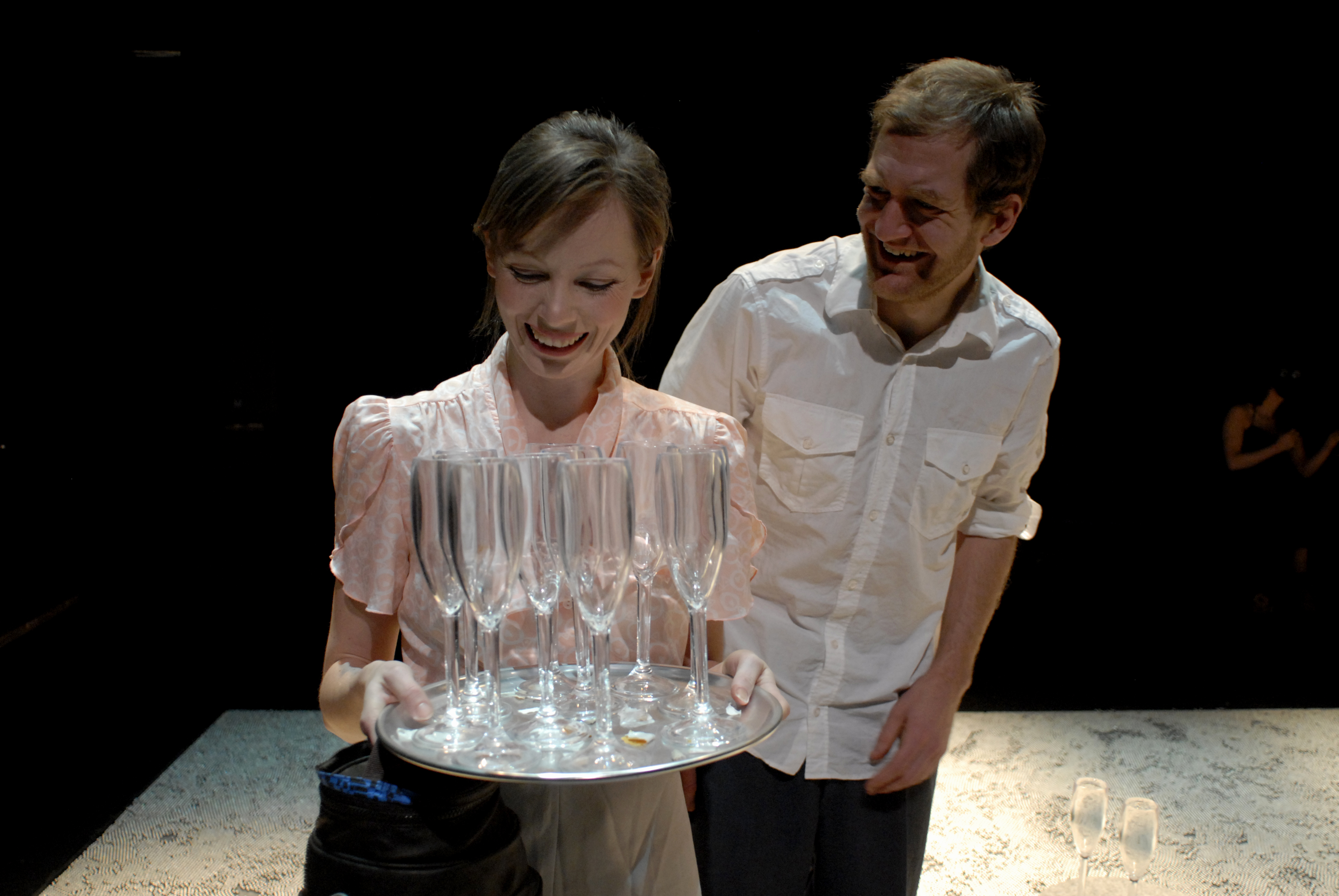 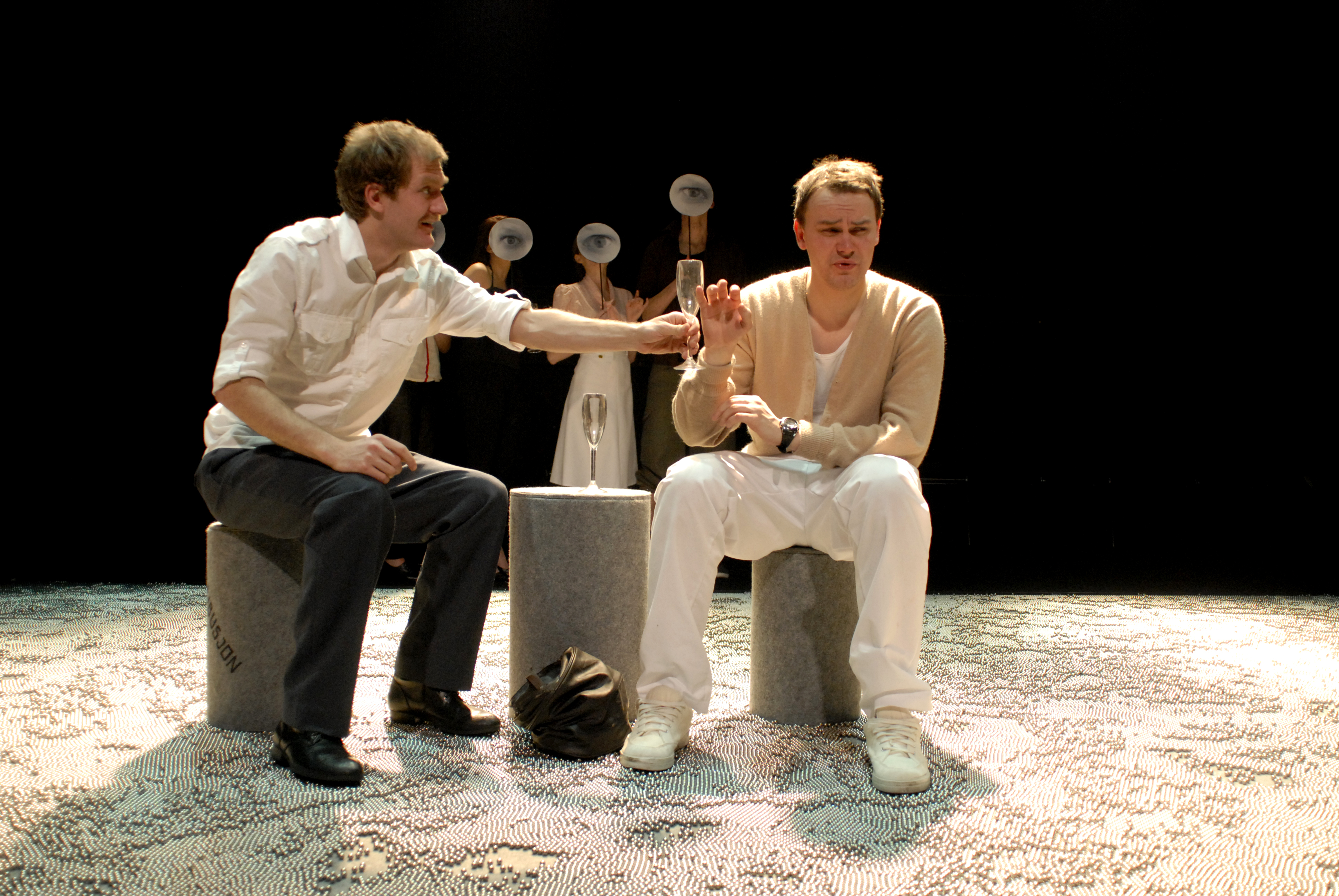 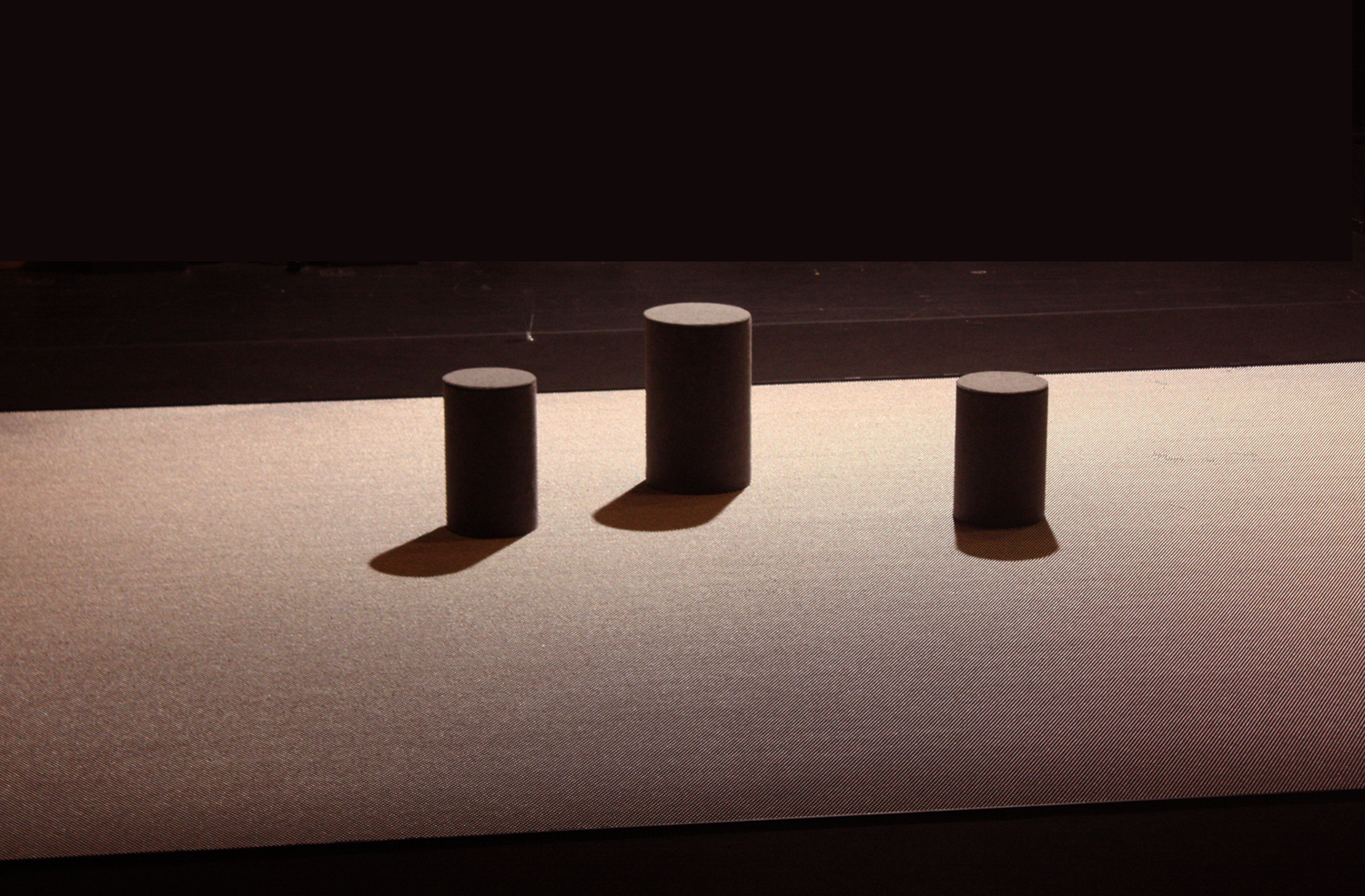 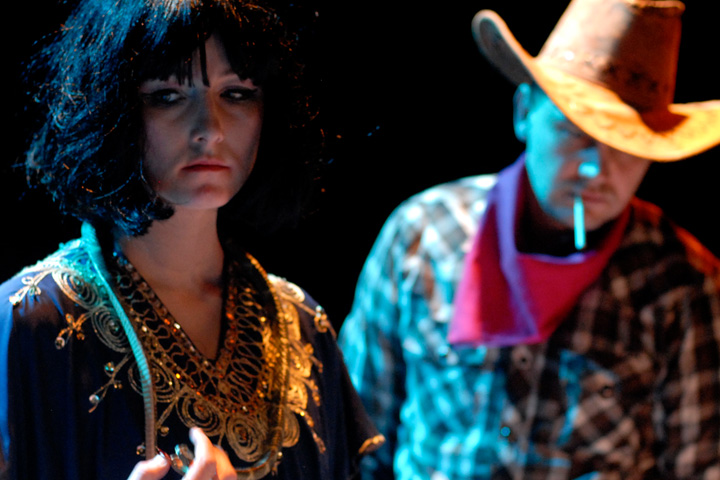 We follow the stories of six persons in a town big enough to have a Modern Art Gallery, small enough to risk bumping into people you know, when you expect it the least.

The controversial artist opens an explosive exhibition, the postman can’t stop delivering and the hypochondriac nurse spies on the girl next door just to find that she is nothing like he imagined.

A row of unexpected coincidences leads to this entertaining examination of the human mind.

Reconstructions was first premiered 18th of February 2010 at BIT Teatergarasjen.

NONcompany’s aim was to create a theatre performance in a cinematic language and form. They wrote a film script and worked out a concept where the use of film elements, references and tricks infiltrated all parts of the project.

Layers of different stories and voices set the base for Reconstructions; a dark, absurd and humoristic theatre piece. This mosaic of stories is packed with filmatic references and unexpected turns. Performed on «a silver screen», a floor consisting of 400 000 metal marbles, the insecure floor itself makes a map of the performance as the actors leave traces along the way.

MARKUS
I’m out of words.

FREDRIK
It is horrible!

MARKUS
What? That it is so crowded?

FREDRIK
People’s suffering. To use that as art.

From idea to performance

Reconstructions was the first production in which the company worked with a character driven script as the base for a performance, as opposed to working out the text along with the rest of the elements.

For this project the company looked at what they could find in a cinematic universe, and made a concept out of adapting filmatic structures and references to the stage. Lise started writing the script in 2008, with the task to try to write a script for film, that could be performed on a stage.

A year later, summer 2009 NONcompany was in a residency in the Czech Republic working with the possibilities and limits within the text.

In the exploration of adapting cinema to stage the company went through a lot of ideas and experiments, both with actors and without.

The result was finally presented in the beginning of 2010, a two hour long play, or may one say; a film for stage, where seven actors performed the six intertwined stories on a literally unstable ground.

The project is supported by:
Bergen City Council -Department of Culture
The Norwgian Fund for Image and Sound
Arts Council Norway
And Fund for Performing Artists 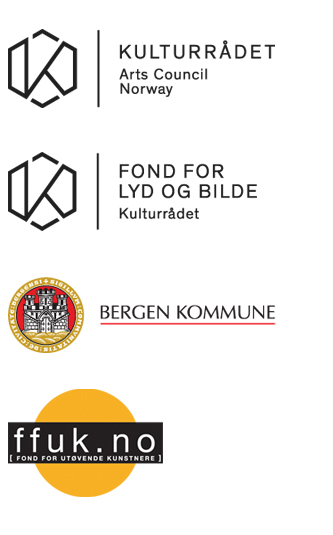